MY SOVEREIGN IS MUSIC
Posted by Mariana Scaravilli on Sep 3, 2021 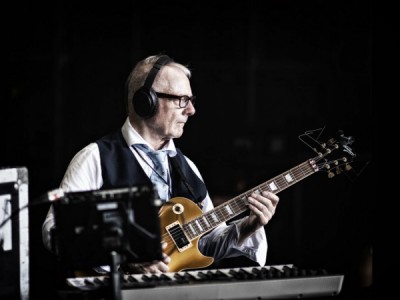 Mark Laska: Correction: The list is incomplete. #6: The group serves the audience. This takes place everywhere else in the world except RF's world.

RF: Agreed, the list is partial. If Mr. Laska is a working player / performer who has chosen to serve his audience and this is his experience, then to present this as his aim and approach is valid. To go further, and claim that this takes place everywhere else in the world except RF's world is bold, and requires a depth of global experience well beyond my own.
Jamie Muir’s view, as expressed to Bill Bruford in 1972: We serve the music. So perhaps Mr. Laska’s comment might be more accurately expressed as: This takes place everywhere else in the world except Jamie Muir’s and RF's world – oh! and several other musicians Fripp knows, too.
But, I have known players whose primary interest was in serving the audience, and several of them have been members of King Crimson.
My own view is that we choose to serve one sovereign (cf No man can serve two masters: for either he will hate the one, and love the other; or else he will hold to the one, and despise the other. Matthew 6:24). My sovereign is Music and I honour the audience.
An audient has the same choice, of which power to serve and which to honour. My choice, as audient, is the same as my choice as player - to serve the music to the extent of my capacity to participate in the performance event, primarily by being present and listening, and extending goodwill to the player/s. I respect the musician, although this is somewhat tested when the musician is clearly playing to the gallery and/or the first three rows; noting this is mostly at the expense of the musical event unfolding organically, and the other players who might themselves have a contribution to make, were they given room to do so.