THE NIGHT WATCH - A NOTE FROM THE VIOLINIST
Posted by Iona Singleton on Nov 7, 2016 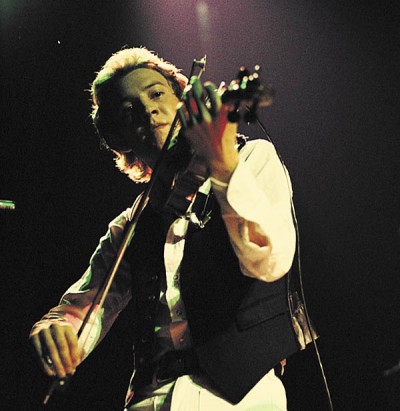 We were long term and deep down tired by the time we played the Concertgebouw. European gigs were so much more formal and serious than their American boogey circus counterparts, and it was an uphill struggle trying to raise the excitement above that of warm approval.

As I remember, there was a classical concert earlier in the evening and we had a late-night spot in the hall, so there was even more hanging around than usual. The morale of the band was low and we went on stage that night as four tired and separate individuals. I can’t remember anything about the music until we reached this kind of low point where all the energy was gone, where all the effort in the world couldn’t achieve a breakthrough; it was a giving up. Then we started to play this happy/sad little tune which somehow crystalized where we were. Bill was forward of his kit and held his drumsticks folded across his chest throughout…we later called this tune Trio.

Taken from the sleeve notes to The Night Watch