LADIES OF THE ROAD
Posted by Iona Singleton on Nov 7, 2016 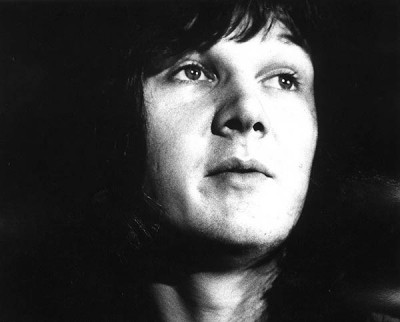 I have a theory. My Theory. What it is, ahem:

When King Crimson first formed, there were five members. The music they played was, I think, largely based on a European classical feel along with oblique references to the Beatles and a touch of Stockhausen, a sort of baroque 'n roll, if you will. Take Ian McDonald for example, a superb flute player, obviously classically trained. Michael Giles, for whom I have nothing but intense admiration, has a style of playing that is as precise as the Black Watch. Peter Sinfield's lyrics reeked of medieval imagery, and Greg Lake is something of an enigma to me. He, as far as I know, was in his previous incarnations, a guitar player, not a bass player and I sense from what I have gleaned from conversations with others in the past that the quality of his vocals may have been more important than his bass playing skills. Still, I have a feeling that much of his style of bass playing was something preconceived by other band members, most probably Robert and/or Ian. And of course, Robert is and ever will be Robert.

As the band gradually disintegrated, Ian McDonald was replaced with Mel Collins. Kinda like swapping Jean-Pierre Rampal for John Coltrane. (If some of you are cocking your heads sideways upon reading this last sentence, I am fully aware that one is a flautist and the other a saxophone player, but I'm talking about styles and approaches). Add to this, the temporary inclusion of Keith Tippett, a pianist who leans towards free jazz (By the way, does anybody actually ever get paid for playing jazz?) and suddenly we encounter a slight leaning to the West.

Then I came along. Oh joy! At the time, all I ever wanted to be was either Tony Williams or Elvin Jones or both, with maybe a hint of Ringo Starr thrown in for good measure. The wind of this permutation definitely blew the tree of King Crimson even further to the West. It was sort of like swapping Benjamin Podemski playing Rimsky-Korsakov's “Capriccio Espagnole” for Miles Davis' “Mademoiselle Mabry,” (I wish!).

Then along comes Boz. Originally hired as a vocalist, Boz became the bass player as well. Although Boz had never played bass before, he had played guitar, albeit rhythm guitar, so it was relatively simple for Robert and myself to teach him the ins and outs of bass playing, but I have to say that though I showed him the intricacies of a bass player playing with a drummer, Robert really did most of the work. Isn't it funny? Greg Lake was actually a guitarist and vocalist but not necessarily a bass player, and Boz was a vocalist, not a bass player but played some guitar too, hmmm… Yet Boz, as a vocalist, came from a definitively jazz background, having once fronted a band called Boz and the Boz People that played music with distinct jazz and soul leanings. Leanings? The branches of that tree were now 'leaning' 90 degrees to the West.

The plot thickens. When Mel, Boz and I arrived in America, we were not only like kids in a candy store, we were like kids in the World's Biggest Toy Store, each clutching a blank check in our sweaty little hands. We were like three little red blood cells arriving back at the Heart. Just about everything that existed musically for us was right here. The first night we hit New York City, the three of us went down to the legendary Village Vanguard. We sat on a side bench, in between the trumpet section and the saxophone section of the Thad Jones/Mel Lewis Big Band and that bench was as comfortable as sitting on a cloud in heaven. Sir Roland Hanna on piano, Richard Davis on bass, Snooky Young, Jerry Dodgion, Pepper Adams and of course, Mel Lewis, one of the greatest big band drummers of all time. And this was just the beginning. Everywhere we went we were inundated with American music, everything from jazz to rock to blues to soul to R and B. On the television, on car radios driving down the freeways, we would hear Aretha Franklin with Chuck Rainey and Bernard Purdie, Sly and the Family Stone's “There's a Riot Going On”, the Staple Singers' “Respect Yourself” and “I'll Take You There”, on and on. If Andy Williams or Perry Como came on, we'd change the station.

Listen to these CDs. I think you can hear the changes in our evolution, although, some of you may think of it as a devolution. But whatever it was, it was a musical change. And it happened at the speed of light. Seriously, this was all within the space of a year.

Mel, Boz and I wanted to take King Crimson with us on our journey of musical discovery. Unfortunately, Robert who by this time, was King Crimson, wanted to ride in a different car. Such a shame, I think it would have been an interesting ride.

By now the tree had been struck by lightning, three dead branches pointing to the West and the living part of the tree, though slightly singed, leaning back to the East.

Yes Chris, that is My Theory.

Taken from the liner notes to Ladies of the Road.