The Breakfast Trough, Hotel Acceptable, Architecturally So Out Of Place It Astonishes, Surprises And Angers. 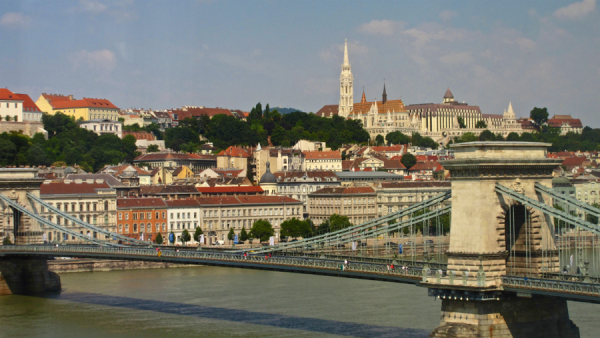 Rising 07.42 from a busy NightWorld. One part of the exciting night was a recording session with Tony Visconti. David Bowie’s presence was felt, although David did not appear in the studio. Both Captain Eno and Bowie are returning characters to NightWorld adventures, not frequently but regularly. And it always feels good to see them.

A little pre-packing for our journeying to Berlin, and down to the trough. 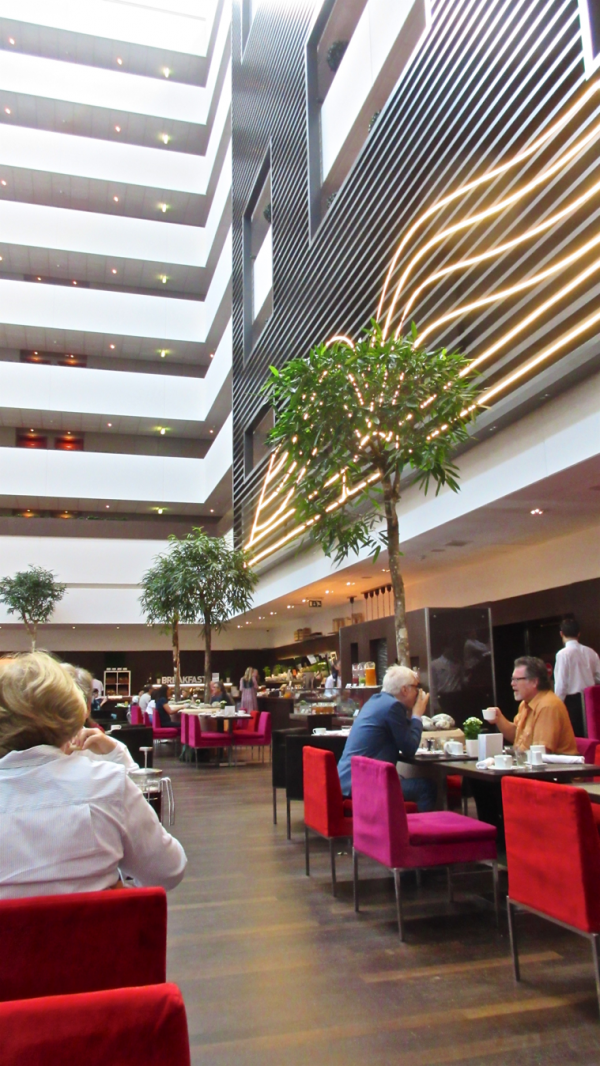 The first set was, as conventionally expressed, perfect. Perfection is beyond us, but we may aspire to Perfection. So, more accurately, the performance had its rightness. As Tony mentioned to Mr. Bill coming off at intermission: the set played itself.

My sense of this: the musicians, and the audience, were played by Music. (For those Systematically inclined, the first set had the primary flavors of 3-2-1 and 3-1-2). Music gets the party in motion; the players allow the music to flow through them; the audience allow themselves to listen.

Two notes on this particular performance:

There have been good players in King Crimson who, when things were going well, felt the need to do-something-with-it. And, by taking-over the directing force from the music, de-railed the unfolding event (to a greater/lesser degree, with practical examples, names, times and places available but without further comment here).

There are times when a player sees the need for them to direct the action. More often, this is not what I understand as strict necessity; more twitchiness, restlessness, playing to the gallery, a character demanding attention, and more variations on the theme of getting in the way of the process. Not bad people, just players not ready to allow quietude, and a sense of personal repose within action, to take precedence over their demands of what the performance should give them.

Conventionally expressed in Guitar Craft: the musician has three disciplines, of the hands, the head and the heart. Were GC courses in action today, I would likely add a fourth discipline: to be present within the harmony of the three disciplines, knowing that presence, and being free within it. My experience of this is a something like, a simultaneous engagement/distancing while continuing to play, engage and participate: looking out through my eyes, seeing-the-looking, and continuing on as part of the unfolding event and not-quite part of the unfolding event, at the same time. That’s a clunky form of words. The experience is simpler, direct and available.

The second set last night, in Mr. Bill’s words: the audience contributed more than the players. I agree with this. The band had various technical disruptions, which they dealt with honourably, but the rhythm of the set-flow was slightly interrupted.

Nevertheless, to have one set of this standard is rare. I remember the first four KC shows, in two consecutive nights of six, at the Savoy in NYC, November 5th. & 6th., 1981…

So outstanding I remember them, even here at the breakfasting trough of Hotel It Is Architecturally So Out Of Place. 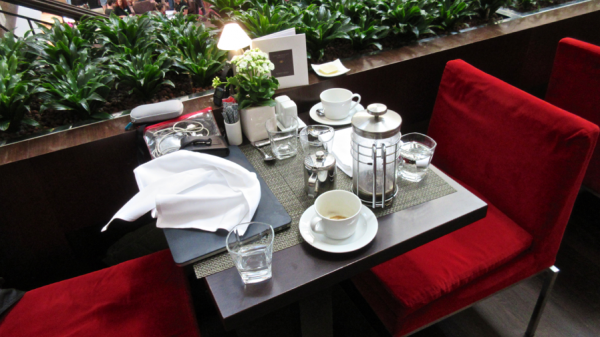