Hotel Acceptable (And Better Than That If You Like Walking), Florence. 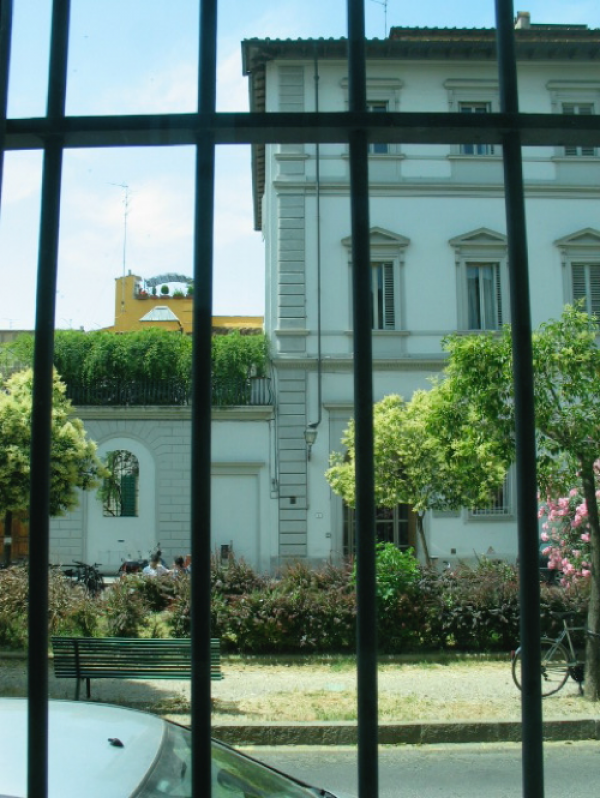 Around five this morning, a mosquito bit me on the little finger, the creep. I rose rapidly and put on hypercal lotion. Experience suggests that, if hypercal lotion is applied immediately, swelling doesn’t.

At the morning feeding trough, the Noise Pollution Unit was set to Quiet – Piano & Voice before moving to Quiet - Rock-a-Pap. If I had arrived earlier, I guessed the NPU would have been on Quiet – Solo Piano as per yesterday. This morning’s tour party were a large Japanese group.

Continuing to reflect on last night’s killing flash and the performance culture within which I (almost completely) work. My Wife’s approach, when she is functioning as a singer and looks out to see a bunch of cameras, is to welcome the photographers to the front of stage for a song that becomes, effectively, a photo shoot; and then asks the photographers to stop. In Italy, photography would begin in force when invited, and then continue: When I Say Stop, Continue as it were. But, in Toyah’s theatre work and as an actor, she finds photography disruptive.

In the theatre world generally, photography is very much a you-do-not, and widely accepted as such. In the performance world of Classical and conservatory music, photography is also disallowed. In rock performance, photography was mostly part of the culture, but this has significantly changed. And as an audient at rock shows, I feel offended when a performer postures for the camera, rather than giving the audience their focus. Perhaps better to consider myself a classical/conservatory player with a rock background, one continuing to be exposed to historic rock-audience cultural behaviour patterns?

When reasoned argument is put before a holder of an ingrained belief, argument alone is likely to change the behaviour pattern. Nor is reason likely to prevail in front of unreasonable and selfish people, of whatever cultural background – they have the right! (as with the photographer who left a testament to his achievement in the toilet at St. Paul’s) to behave in any way they want, and to do whatever they can get away with doing.

So, here’s another point of view: of disrespecting the performer. No concern for preternatural sensibilities, no concern for contrasting cultural expression, no discussion of consumer rights: a simple appeal on a human level. How about:

The artist, who you’ve come to see, for reasons argued and presented over many years (most of which have not been accepted by their listening publics, and widely rejected as illusory and an unfair limitation of personal audient behaviour) appeals simply to the common humanity which we all share, and requests that you refrain from photography and recording; because the artist has found these activities to severely disrupt and upset their performance, an observation made on the basis of four decades of examining their experience in the medium.

How might this go down? Well, based on our experience this week, it goes a certain distance, but not far enough to make (performance) life worth living. Last night, there was very minimal photography until the bow (no physical bowing, but an acknowledgement by performers of their audience at the end of the show) when the flash went off, which killed my own evening. So, we might infer that an appeal from Robert, on human terms, worked pretty well until right at the end.

When The LCG played Calliope acoustically as an encore (and I had wished to be with them), dozens of flashes erupted. Perhaps, this was because a human appeal from RF didn’t apply to The LCG; perhaps this was because restraint during the show was abandoned during encores. And these are only two possible explanations.

So, from this other point of view, of respect for the humanity of the artist, here’s a possible response from the performer:

If the performer is disrespected, they leave.
If the audience continues to actively disrespect them, it can’t also ask the artist to remain on stage whilst it does so.

Otherwise, what to say? Last night, something was lost. 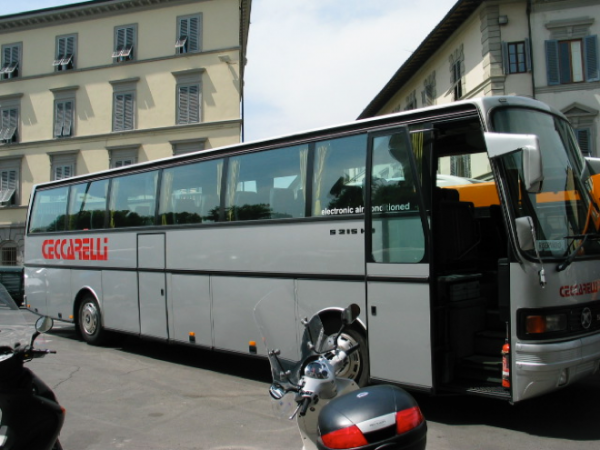 The tour bus was unable to negotiate the narrow streets to our hotel. We carried our luggage, baggage and guitars some 100 yards down the road. While waiting to climb on, Hernan told me that last night one of his pair of microphones (set up at the front of the stage for ambient sound) had been stolen. This must have happened very very quickly, between LCG encores, and demonstrates the lack of stage security which is a feature of this tour.

Last night, sitting down to dinner with the Team after midnight, the subject came up; and became a subject of discussion with Hernan and tour manager and local promoter until three. The local promoter disclaimed responsibility – Stage security? Not my responsibility! But he made a partial contribution towards the loss of the (high quality, one-of-a pair acquired from Tony Arnold in the Red Lion House days)) microphone. This after Hernan explained that The LCG would not be playing tomorrow night. And the dozens of flashes during The LCG encores - What flashes? – the local promoter hadn’t seen them.

The sheer stupidity of life on the road, and particularly in Europe, is not easy to exaggerate.

A short journey here from Florence, 150 km, at just over 2 hours.

Room With A View… 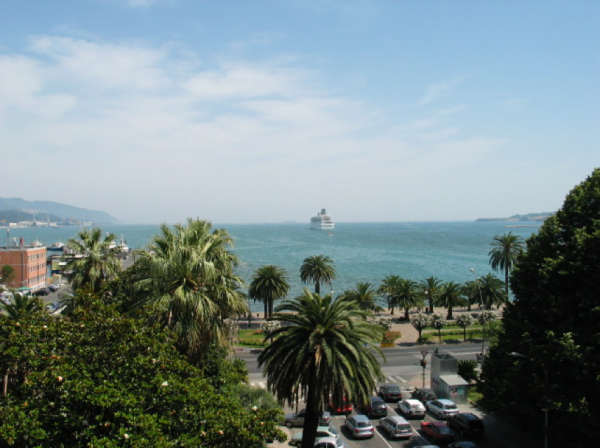 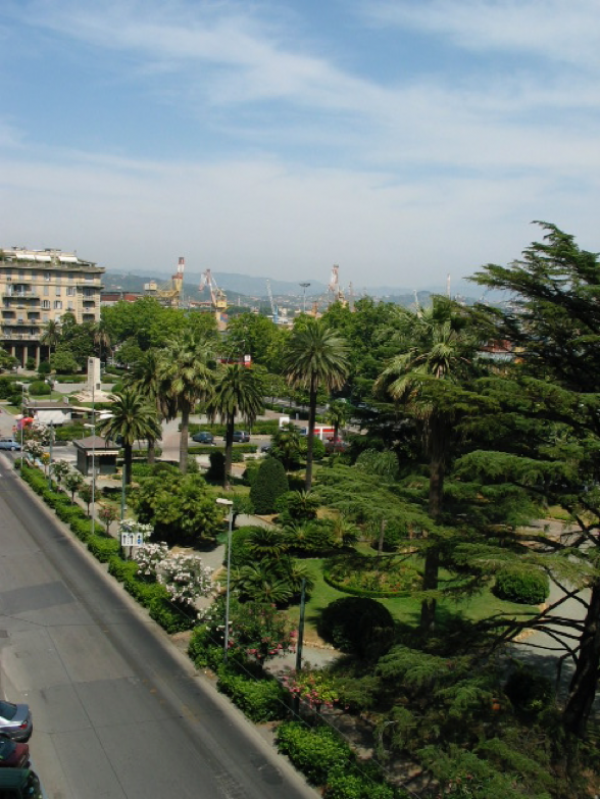 Not Quite So Much to The Left… 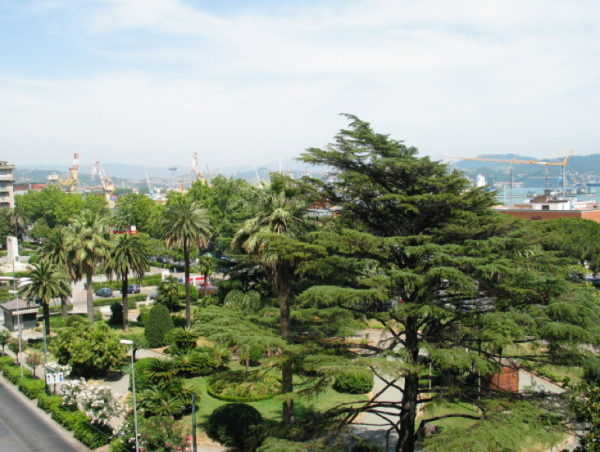 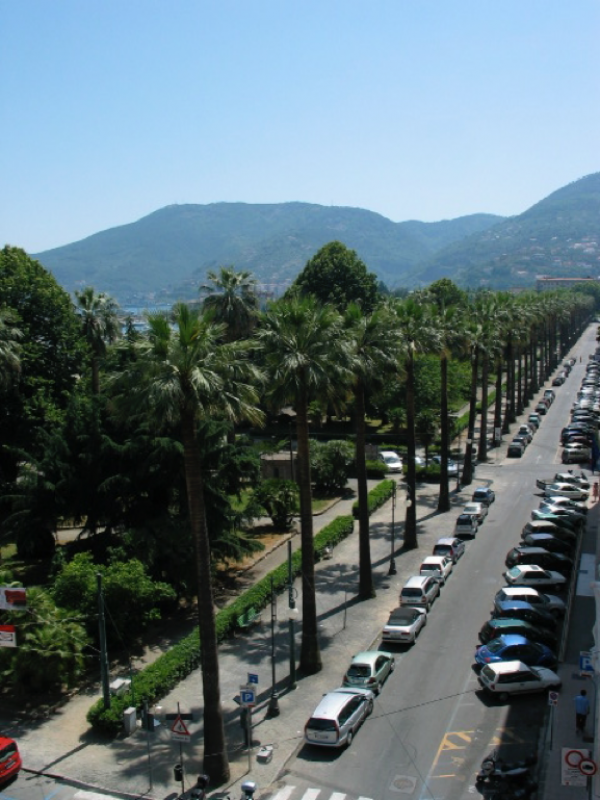 A brief discussion with Hernan re: the politics of photographs at the venue outside Milan on Thursday. The LCG will do a photo shoot at the soundcheck in exchange for the organisers leaving the show alone. And may twenty music students attend the soundcheck? Yes.

I have a great view, and am about to practice. 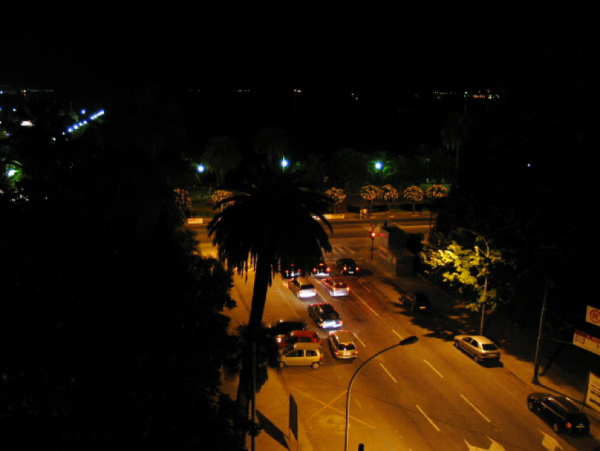