We didn’t quite dodge the elements in New Haven. It was pouring with rain when the Royal Package attendees arrived at 4.30, but fortunately we managed to secure a room where we could gather backstage. The more intimate setting led to a very different conversation. Robert invited questions from the attendees – provided they were not casual enquiries but “burning questions that only he could answer” – and lightly chastised them when the questions, as so often, fell short. When Tony Levin arrived later as our “star of the day”, I was surprised that initially no-one would ask him questions, until I realised that everyone had probably been silenced by what happened earlier! But matters soon improved, and I am sure it was memorable, informative and enjoyable for everyone.

By the time Crimson took the stage, the rain had mostly passed, but the seats were still damp, and it took a brave and determined soul to see it through. Thankfully, there were a reasonably large number in attendance.

I wasn’t initially sure how best to capture the event photographically. I am sure I am misquoting wildly, but I recall Tony Levin once saying something along the lines of “I can take the happiest event, and make it look gloomy” with his wonderful dark moody black and white. So maybe the glowering skies need similar treatment. 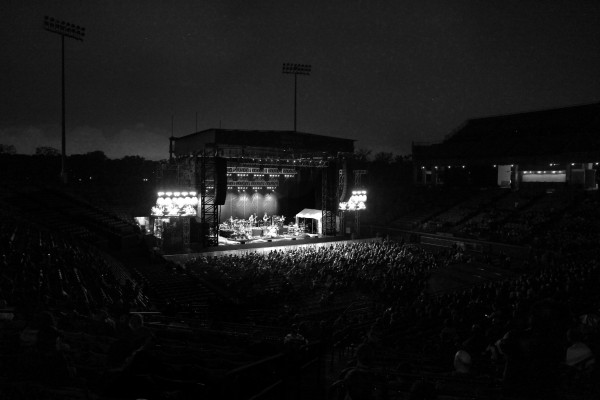 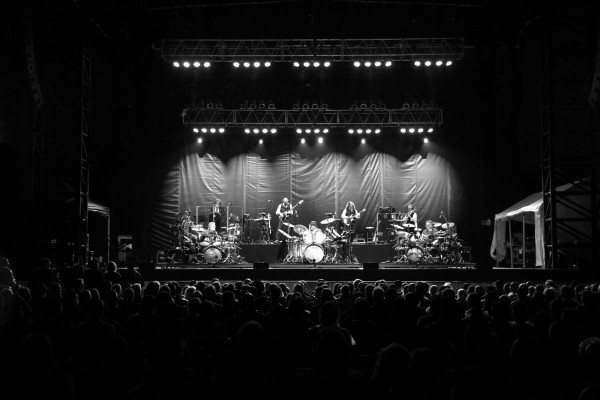 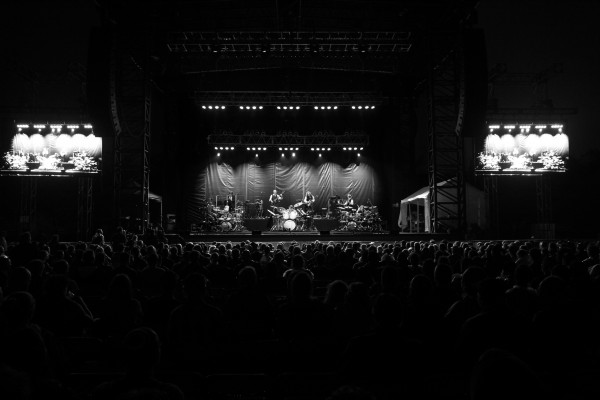 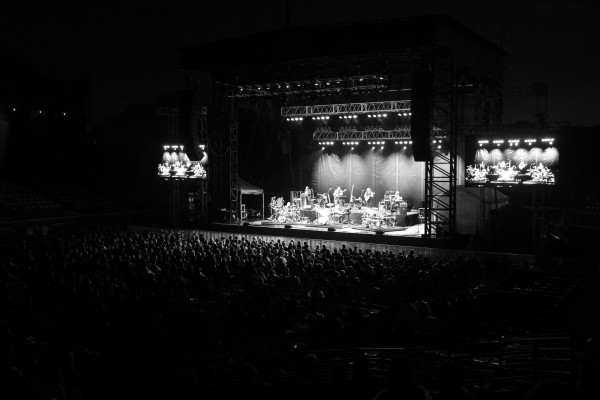 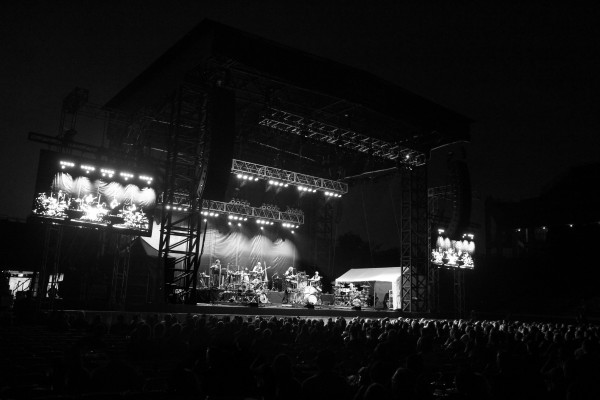 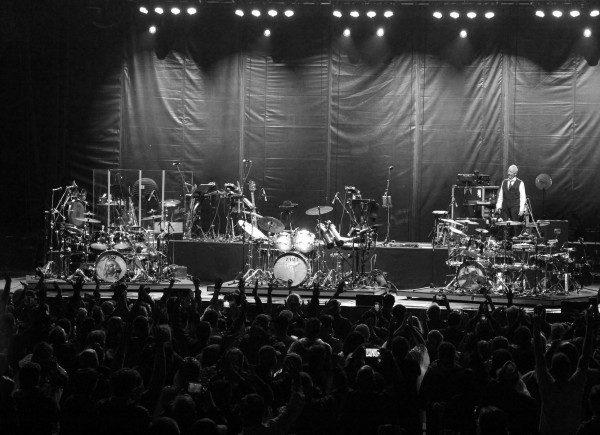