This entire tour seems to be an exercise in dodging bullets. Is someone trying to tell us something, I wonder? There is the over-riding issue of Covid, then the last-minute complexity of getting permission to enter the USA. A hurricane. An emergency hospitalisation. One of the crew members’ mother sadly died. We are now dodging floods. On Thursday at the venue at Holmdel, the water was cascading across the stage and down into the dressing rooms in the basement below. A heroic job to make it serviceable for our concert – and even then, by the end of the concert the water was again beginning to appear through the floor of some of the dressing rooms. I mentioned at a Royal Package that our agent had asked me “What next, Locusts?” – and someone raised their hand to tell me that they have already locusts! So frogs perhaps.

On Saturday, it was Mel’s turn to misread the setlist. He picked up his alto flute (only used on the opening verse of “Islands”) and proudly stepped forward, just as the band thundered into the opening bar of the next number, which was not “Islands” but “Red”. As the birthday boy today, he is more than entitled to his share of such moments – and you would never know, as he had already switched to the saxophone in time to play his answering phrases.

It was the first concert on the tour to be marred by a significant amount of audience photography. There was a repeat phone user just in front of the mixing desk. He apparently claimed to be a drummer, who “understood all about the need not to take photographs”, and who was “only using it to zoom in on the drums”. He later had his head down reading messages on his phone through the whole of Gavin’s drum solo in Schizoid Man… so all the above seems quite questionable. It bears repeating that if everyone took just one “harmless photo” in an audience of 2500 people, there would be a camera going off every couple of seconds throughout the whole show.

One of my own roles at these shows seems to have become the stand-in official photographer, trying to capture each event. Pictures that are available if anyone needs an aide-memoire. And I have learnt to discreetly use a camera without a digital screen, as otherwise the ushers will come up to me just like everyone else. Hopefully these give the flavour. 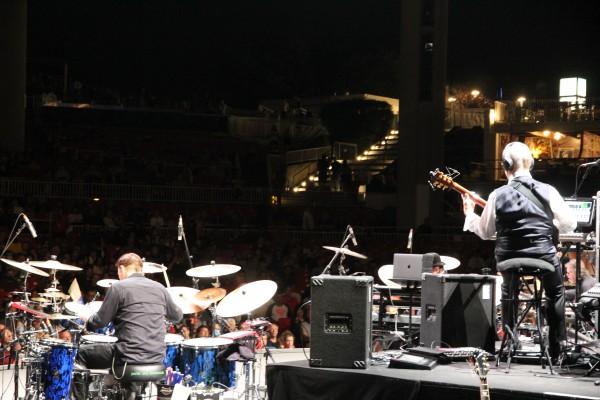 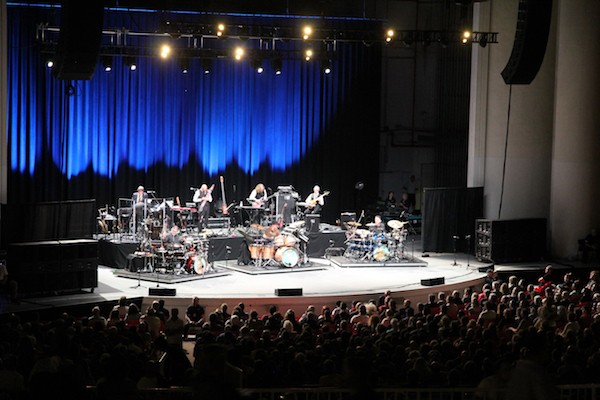 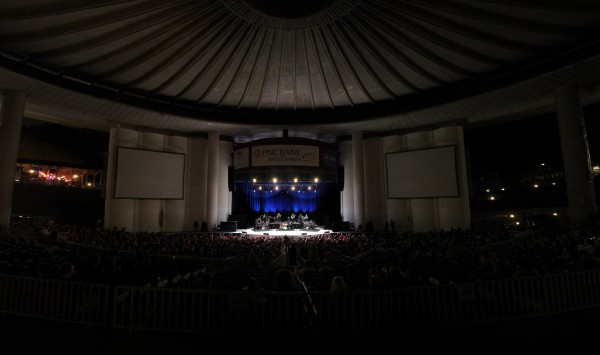 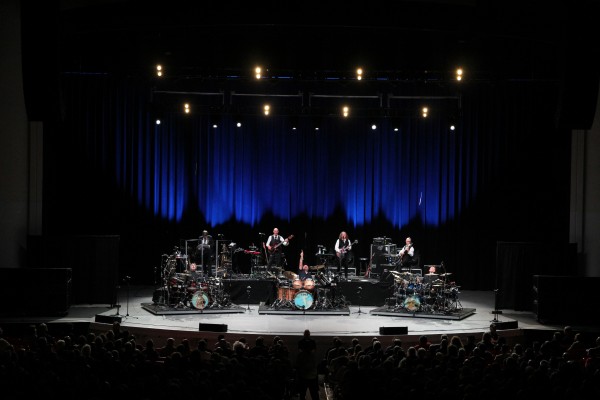 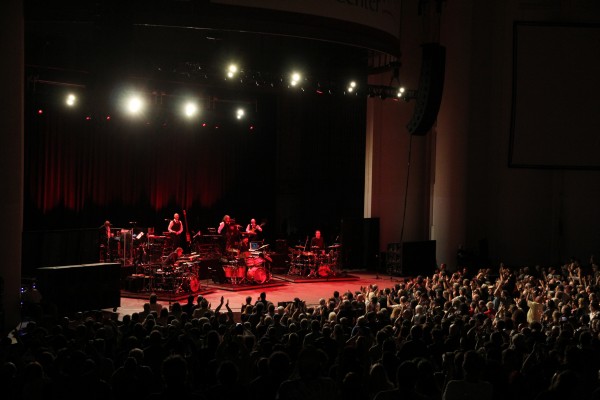