I suspect we may look back on yesterday’s premiere of the King Crimson documentary at the SXSW film festival as one of those significant moments where things spin on their axis.

We had T-shirts made for the occasion with quotes from the movie. Mine (rather suitably living in the middle of this vortex) read “I can’t be the only sane man in this asylum”, while Toby Amies, the director, wore a shirt reading “I don’t have the problem. The problems lie elsewhere” (of which more presently).

Having watched the various iterations of the movie on a small computer screen, it was striking how much the big screen and more especially the audience changed the experience. Much more laughter than I expected. And wonderful to have Pat Mastelotto in attendance to represent the band, and Paul on behalf of the road crew. The press photographer took a photo of us all together, which hopefully will emerge at some point.

Together with the premiere, come the first reviews. The distributors, whose job is to help us place the movie on general release so that everyone can finally get to see it, were keen to largely restrict such reviews to the trade press. In my rudimentary learning experience as a film producer, I understand that our primary task at this point is gaining the interest of the various professional outlets – TV, cinema streaming etc. Reviews in mainstream publications are generally held back until the public release.

At our first meeting we were told “What we really need to gain maximum attention is for the film to be selected by a film festival”. This seemed a tough ask in the current environment. We worried that a film about eight ageing white men might not be high on the current agenda. But we have duly delivered thanks to SXSW. Although during discussions about a possible (and abandoned) talk by Robert Fripp and me at this festival, we were told that it was their policy to avoid having just two men on the stage. I fully support efforts to widen the remit, but difficult to get around the fact that we are unavoidably two white men.

Having delivered on the request for a film festival, we were next told: “What we now really need is a defining review in one of the major trade outlets”. Another tough ask. However, Variety, one of the most prestigious of the trade press, carried a review this morning with the headline “Doc about a Prog-Rock Perfectionist is nearly Perfect itself” with the pull quote “In the Court of the Crimson King” is really about as good as rock documentaries get…”

So it would seem that we have again delivered.

Returning to the T-shirt quotes “I don’t have the problem. The problems lie elsewhere” – it would appear, therefore, that our work and our problems are mostly done, and the burden and the problems shift to the distributors, who would appear to have a hot property which they can hopefully help us to present to the world.

Our thanks to everyone was worked so hard to help us get this far. 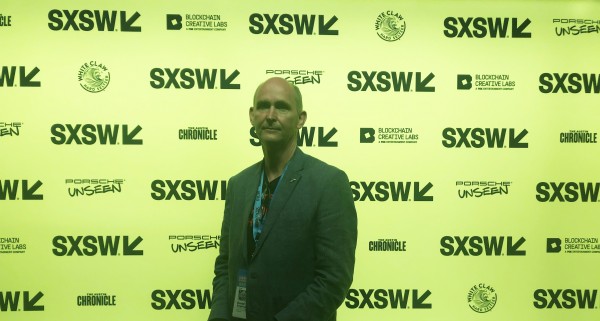