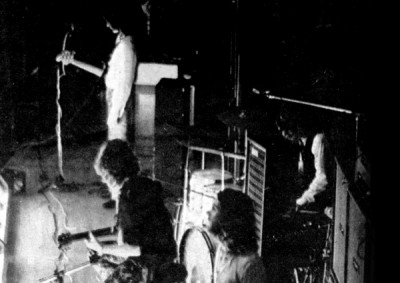 They say good things come in small packages. By seamlessly joining an audience recording of In The Court to Michael Giles’ own cassette of the gig at the first night of the Fillmore East (which had been missing the bulk of that song), DGM have faithfully recreated a small slice of KC history - now audible for the first time since the gig some 37 years ago although the majority of this show will be familiar to anyone who has the KCCC25.

A tired Ian McDonald records in his 1969 diary that the band had spent the previous day rehearsing Pictures Of A City and ran through it on the afternoon of the 21st just to nail down the arrangements. The lyrics, as you can hear are still being written, differing slightly from the album version which would be recorded the following month by the remnants of the group. Of the gig on the 21st itself, McDonald notes that they “Played really well, went down OK." A classic slice of Crimhistory and as David Singleton says “that rare treasure - a virtually complete and audible show from 1969.” The band played a shortened set list as they were part of a large bill, headlined by Joe Cocker - with two shows a night. 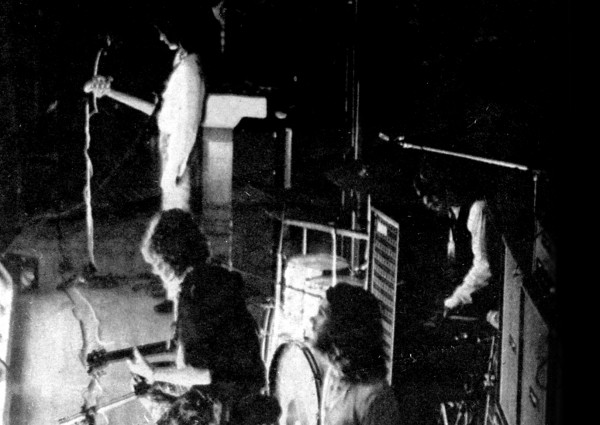 A Man A City

They say good things come in small packages. By seamlessly joining an audience recording of In The Court to Michael Giles’ own cassette of the gig at the first night of the Fillmore East (which had been missing the bulk of that song), DGM have faithfully recreated a small slice of KC history - now audible for the first time since the gig some 37 ye... 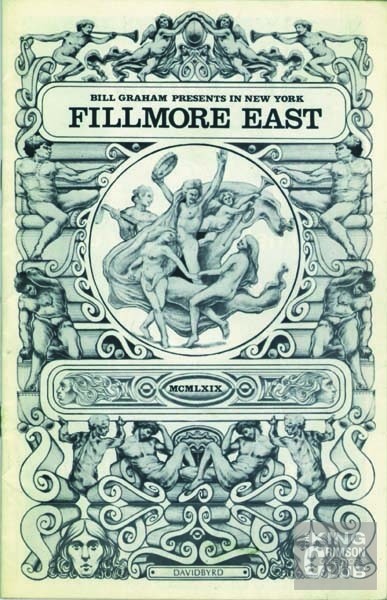 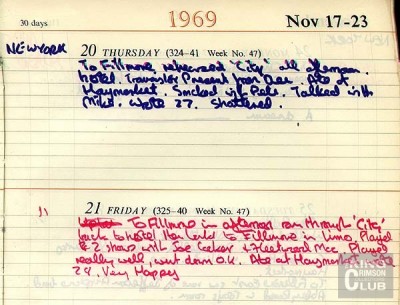 Written by Bob Ramstad
From early 2019 DGM download, 21st not nearly as good as 22nd, CLUB25
First, I will amplify earlier comments as I screwed up and got this even though I have CLUB25 i.e. King Crimson Collector's Club 25 already. Had I realized I already had it, I wouldn't have gotten it again. Don't make my mistake, if you have CLUB25 already, there's no point in grabbing this, from what I can tell. That out of the way, as of this writing (early 2019) the files from the 21st are an above average sound quality recording from the period. The performance is strong, but the band seems a bit tight, not leaving the music space to breathe. IMHO the performance is not as good as the 22nd, which also has better audio quality. In short, if you don't own CLUB25, I would get the 22nd, and not bother with this one, given how similar they are, unless you are a completist.

Written by Paul J Contos Jr
Fillmore East 1969 - Please Clarify!!!
Filmore East 1969 - Please Clarify!!!:: Posted by pcontos on August 21, 2007 DGM, This was the message on the site when this show went live in Feb 2006.&nbsp;&nbsp; I am very confused as to which show is which, 21 or 22.&nbsp; Can someone claify? KC69 "Played really well, went down OK":: Posted by Sid Smith on Fri., Feb 3, 2006 There’s a new old show available today as KC69 makes their DGMLive debut. What we have here is an about as complete as it gets audience recording of the first night of KC69s stint at the Fillmore East and here, as David Singelton explains, is how it came to be. “Shows from 1969 bring out the treasure hunter in me. This show - now available with everything but the final improv for the very first time - came quite by chance. Twice! The first time, Michael Giles mentioned that he had "the same bootleg of Fillmore East as everyone else" - and produced what is still the only copy I have ever heard. His tape had three complete songs but was missing all but the closing bars of The Court of the Crimson King. The second time, some ten years later, Tony Calabro wrote to say that the liner notes from Epitaph were wrong, as the performance that we had dated as 22nd November was actually one of the two performances from the 21st. In passing, he mentioned that he knew this as he had himself recorded the opening songs, until his machine jammed. By putting the two tapes together, we now have that rare treasure - a virtually complete and audible show from 1969. Any other undiscovered tapes in those closets?!” Clearly if you already have KCCC25 and don’t feel the need to have a complete version of Court then you can happily save your heard-earned moolah for lots of other goodies.&nbsp; It says that there were two performances on the 21st?&nbsp; Does that mean there weren’t any on the 22nd as the CC #25 indicates?&nbsp; Also,&nbsp; Epitaph boxset has listed the recording on there from the 21st?&nbsp; This one matches the first show on CC #25 which also says the 21st.&nbsp;&nbsp; The DGM Live download says its the 21st as well but this one matches the version on CC #25 listed as the 22nd.&nbsp; Is this where the mistake is?&nbsp; Is this actually a second show from the 21st?&nbsp;&nbsp; Can sombody Clarify? &nbsp; Also,&nbsp; on the new download,&nbsp; where does the seem of the two recordings occur?&nbsp; I can’t tell at all so Alex did a great job.&nbsp; Does it occur during the flute solo on Crimson King where Michael Giles tape starts?&nbsp; Or does it occur during Epitaph where the bootleg copy ends? Any help would be appreciated thanks &nbsp; Paul Contos

Written by Tim Joseph
Yep - wrong date!
Yes, this is actually from the second night (22nd), according to KCCC25.&nbsp; So anyone thinking they already have this on Epitaph - they haven’t!&nbsp; While in theory, I suppose that either tape could come from either night, the proof is that while on the 21st, RF announces "A Man, A City", by the 22nd (i.e. here), he announces it as "Pictures Of A City", which would seem the logical way round. So I hope that the "new" part of ITCOTCK is from the 22nd too, and not joined to the wrong gig!&nbsp; Any chance of some amended artwork?? So just to clarify: 21st November - Epitaph (minus Greg’s intro to Epitaph) and KCCC25 22nd November - KCCC25 and here. &nbsp;

Written by Hiroki Sato
A wrong date?
I think that the credit of the date of this sound source is wrong. I think that performance content is different how even if I listen. November 22, 1969 is correct date, I think!! Is there the knowing one about this matter? I want to know the truth. please tell me the truth....... 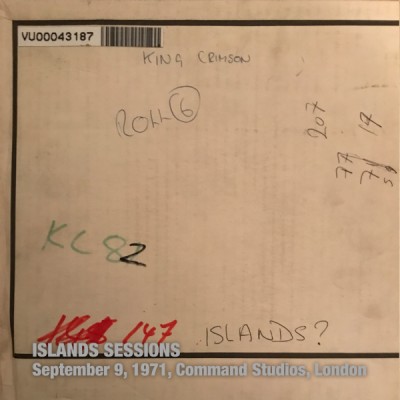 Eight days after their two-night run at London’s Royal Albert Hall, the double trio incarnation was on American soil... 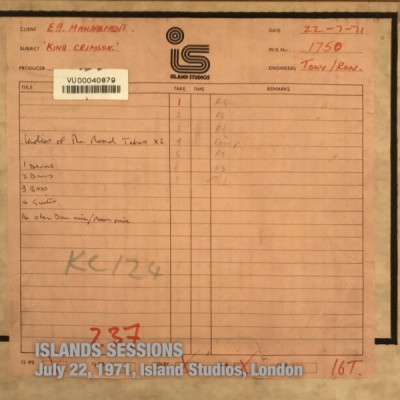 It’s Jeremy Stacey’s drumming that drives the Crims into this piece of classic repertoire and it seems somehow...