These recordings of Last Skirmish and Prince Rupert's Lament form part of the studio sessions and unreleased recordings from the "Lizard" sessions at Wessex Studios in September 1970. The album "Lizard", engineered by Robin Thompson, was largely created in the studio, and featured numerous overdubs, many of which were not used on the final album. 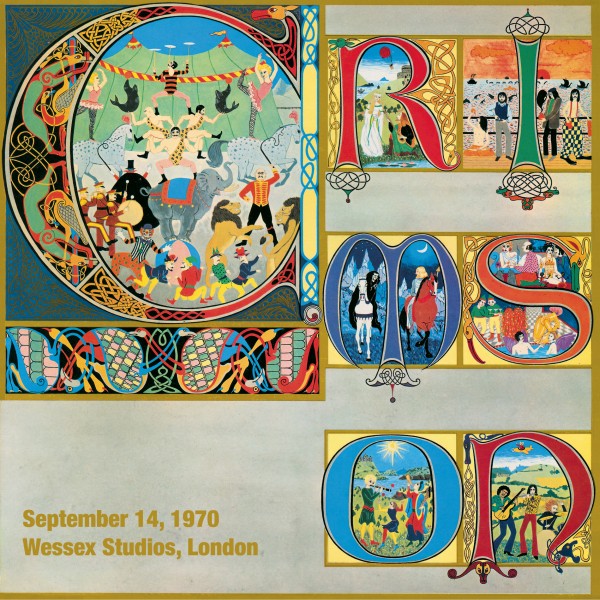 Written by Pablo Cordero
Lament- need I say more?
LAST SKIRMISH/PRINCE RUPERT'S LAMENT The basic track is laid down first, with bass, drums and Robert's guitar playing the melody without distortion- it sounds somewhat wimpy in comparison to the grandeur of the final product, but we do get the opportunity to focus on the angular, jazz-inflected interplay of bass and drums. Haskell and McCulloch would never have the opportunity to develop into the live arena, but they were an interesting, unique rhythm section, quite unlike any other before or after them in the Crimson canon. Two minutes in, Robert finally steps on his fuzz pedal and his solo adds some much needed energy to the proceedings. It is also interesting to hear Robert's chords over the "Lament" section, an accompaniment which would be deleted from the final mix. Indeed, the second track attempts a different approach at laying down a supporting guitar part for this section, with moody arpeggios that don't quite make the same impression as the chords on the first runthrough. The next track focuses on the epic mellotron overdubs so integral to this piece, as well as Mel Collins' powerful baritone sax and a sturdy rhythm guitar part. We also get to hear, in devastating clarity, Keith Tippett's piano solo in the climactic section, as well as dark, moody piano ruminations over the "Lament", which would also be ultimately deleted. The following track highlights the searing flute solo, followed by an intense cornet/trombone duel, and stomping, doomy piano chords. About 4 minutes in, there is a very cool section with overdubbed saxes playing a staccato riff which I believe was excluded from the final mix, or buried low. And then we come to what may be the biggest gem of this entire recording session: four takes of Robert soloing over the "Lament" section. There are those who consider, not without reason, that "Prince Rupert's Lament" is Robert Fripp's first great guitar solo, and here we get to hear him stretch out those characteristic laser-beam guitar lines to gut-wrenching extremes.