The following dates have been confirmed for Robert Fripp and David Singleton’s speaking tour of Canada and the US later in the year. Likely topics that will be explored during their time on stage will include: Where does Music come from? What does it take to survive the music business? When does the impossible become possible? Can Music change the world? Why did Fripp put on a tutu and dance to Swan Lake at the end of his garden? Who is The Vicar? 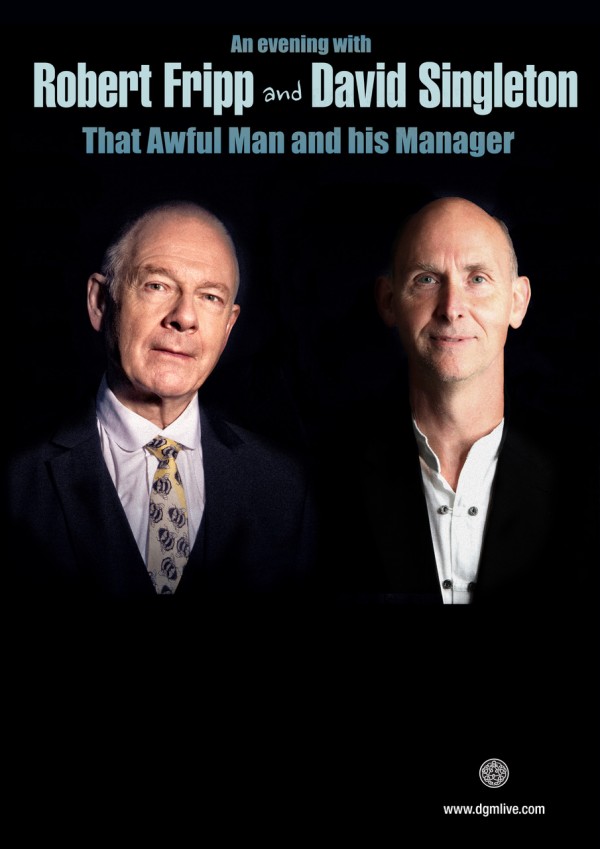 That Awful Man And His Manager