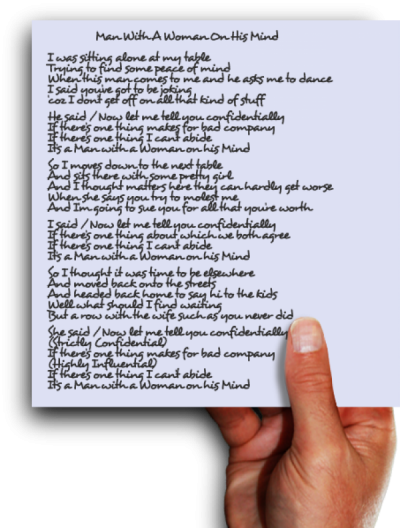 A song about an encounter in gay bar - an imaginary story (we are led to believe) but sparked by a real event - in this case a late-night trawl around the bars of New York while on tour. It started, as far as anyone can remember with Hogs and Heifers, with it's unique wall and ceiling covering of bras. Where it went thereafter is shrouded in mystery.

As with all the songs, The Vicar searched far and wide to find the right singer to take on this adventure - stopping as soon as he heard the dulcet tones of Steve Porter at a small gig in Salisbury. Since singing this song, Steve has moved to live within a stone's throw of The Vicar (possibly, we suspect, a clever gambit to get another spot on Songbook#2 ?!). 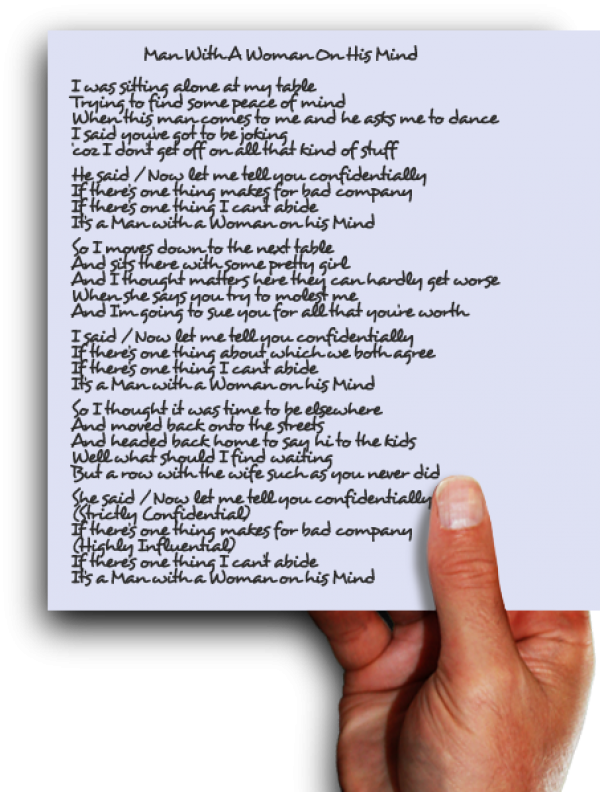 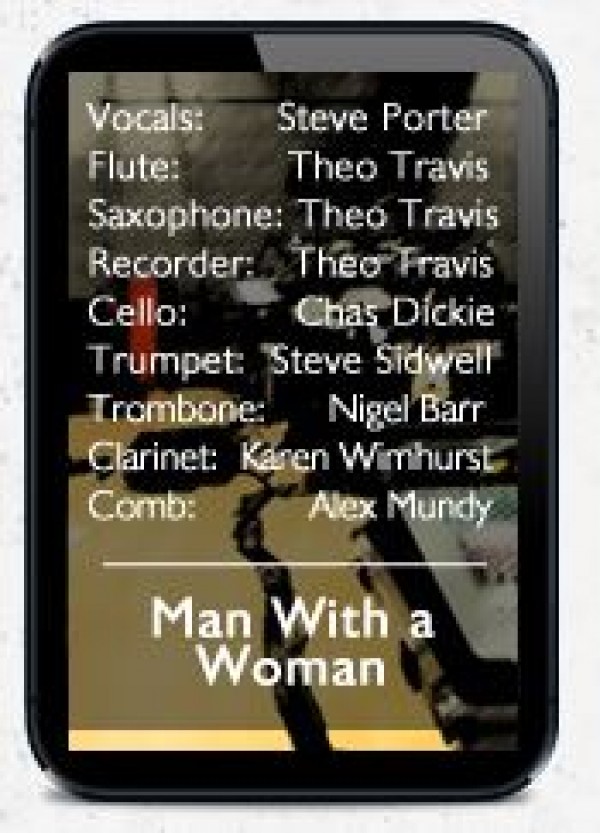