SONGBOOK #1 COUNT YOUR BLESSINGS
Posted by Iona Singleton on May 15, 2013 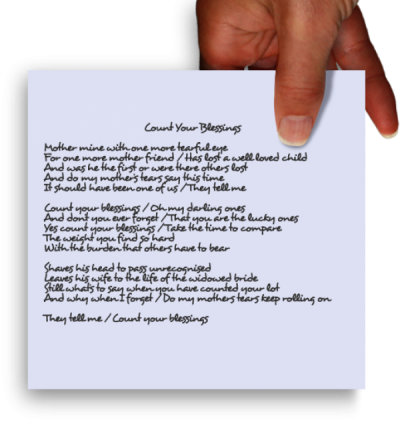 Like most of the songs in this collection, this is based on a true event. The words of the chorus capture the reaction of David Singleton's mother to hearing that a close family friend had lost a son. Tragically, this was the second son of theirs that had died, which left her wondering why one family - who originally had three boys - now had only one boy still alive, while she still had four healthy children. Certainly something to make you "Count your Blessings", exactly as she told her family at the time.

This song was originally recorded by Camilla's Little Secret, but appears here in a very different guise. Chaz Dickie and Cathy Stevens supply the strings, and the singer for this song could never be anyone other than Andy Yorke. He almost didn't sing this song, as he had the beginnings of a cold when he came to do the session, but thankfully he persevered regardless - his performance uniquely captures the pathos of this song. 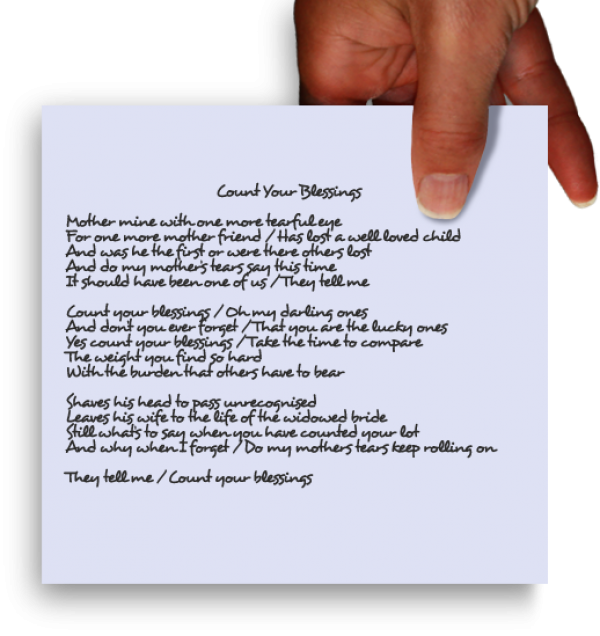 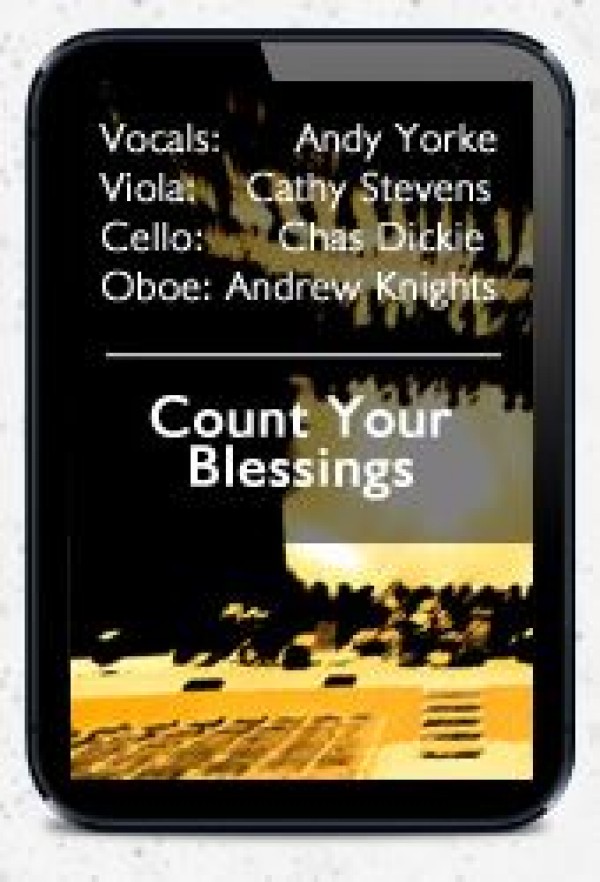