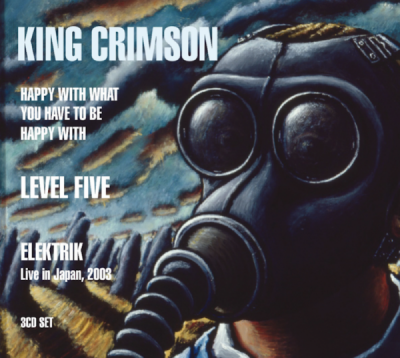 Two very different parts of the KC continuum are the subject of new releases which are available for pre-order.  The first collects together some of the Double Duo's releases from the 2000s, while the second goes back to 1970 and the sole album released by Ian McDonald and Michael Giles following their departure from King Crimson the year before. . . 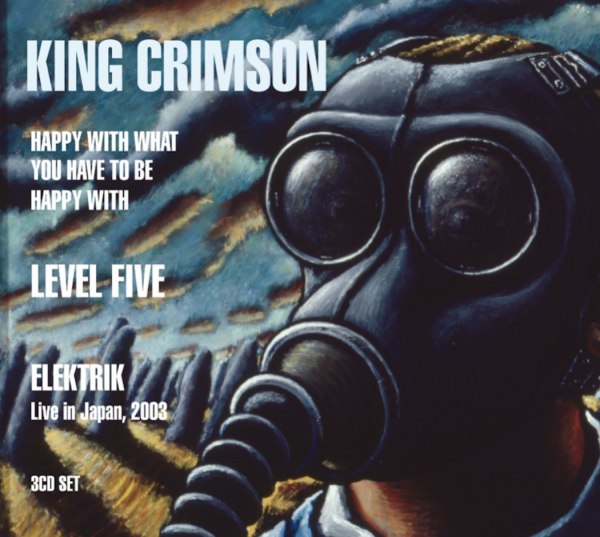 A 3CD set drawing together a collection of studio and live recordings of King Crimson as a double duo:

The song-centred mini-album Happy With What You Have To Be Happy With (2002) acted as an appetiser for The Power To Believe (2003). Recorded a year earlier, Level Five (2001) was a powerful live album consisting of three lengthy previously unrecorded instrumentals, alongside The ConstruKction Of Light and Deception Of The Thrush plus Improv: ProjeKct X (originally, a hidden bonus track).

A further example of the band's live power came with EleKtriK (2003). Crimson delivered in abundance on The Power To Believe tour with John Bungey of The Times calling it “.. their best live set” since the band had re-emerged in 1994.

McDonald & Giles Pre-Order
A 2021 Panegyric reissue of the charming cult classic McDonald And Giles (1970) by the ex-King Crimson pairing of Ian McDonald and Michael Giles.
CD in jewel case (with 12-page booklet), featuring artist approved 2001 edit/re-master.
Please note, for contractual reasons, this release is not available to buy in the UK & Eire.
---------
The shock of King Crimson’s arrival, ascendancy and transatlantic success – all in a period of just under a year - carried within it the seeds of the line-up’s implosion in December of 1969 when Ian McDonald and Michael Giles left the band.
Taking up the option to record an album as a duo - with Michael’s brother Peter taking the role as bass guitarist – the eponymous album was recorded in the summer of 1970 and released in the UK in November of that year. It was and remains a minor classic of the late British Underground era – an album that could only come from that particular time and place and, very obviously, an album that was always intended as just that – a studio construct with no evidence that it was ever imagined as music that could or might be played on the 1970 gig circuit – (though some of the material would, eventually, be performed by the 21st Century Schizoid Band in 2002).
Inevitably perhaps, there was some continued crossover with King Crimson activities – both Michael and Peter played on the Jan/April sessions for Crimson’s “In the Wake of Poseidon” prior to the recording and Peter Sinfield contributed lyrics for side 2 of McDonald & Giles’ ‘Birdman’. Inevitable also, that some material had a shared lineage with KC, most notably in ‘Flight of the Ibis’, as it was the original melody for what became ‘Cadence and Cascade’.
But if Mike’s instantly recognisable drum sound and position as that generation’s most gifted drummer and Ian’s skills as a multi-instrumentalist and composer were, by this point, established, the considerable charm of the record comes from the different direction in which the duo took some of the familiarities from their earlier shared band – both compositionally and in arrangements – the vocal harmonies on Birdman more reminiscent of late Giles, Giles and Fripp, the expanded sound coming – not from a mellotron but from full string and brass sections, Steve Winwood’s piano and organ solo sound on the ‘Turnham Green’ section of album opener ‘Suite in C’ would be instantly familiar to anyone who had heard the July 1970 released “John Barleycorn Must Die” album and the overall album had a gentler, more wistful, autumnal sound than anything Crimson would record.
Although not a huge success when initially released, the album became a cult favourite and garnered a broader reception over the decades to the point where it is now much better known than it was in 1970/71.
Always concerned that the mixes on the album as released were rushed and never quite completed in the manner the artists would have preferred, in 2001 Ian and Michael revisited the album – making slight edits to the original masters and remastering the entire recording. It is that master that is now being reissued more widely for this release. While working on this reissue it was discovered that the original multi-track tapes for the entire album may exist. The possibility remains that the multi-tracks – if in reasonable/rescuable condition could be used to deliver a surround sound mix. An official vinyl release of the album is also planned.