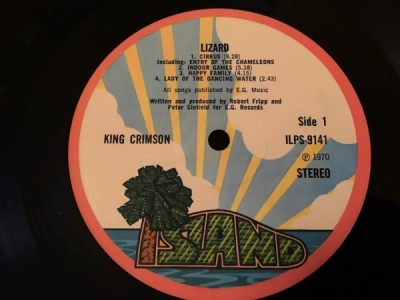 King Crimson's third studio album Lizard is 51 years old today. Described at the time by one critic as “The abyss where modern jazz and rock meet”, with its clashing styles, whirling improvisations, soaring classical-tinged themes, and dramatic showcases, Lizard remains a remarkable album in the Crimson catalogue. Given the ambitious ground, it attempted to cover it is perhaps no surprise that for many years following its release it had the capacity to polarise opinion amongst fans and band members alike.

Aside from Cirkus, performed by the Islands-era line-up in 1971, it was not until after the formation of the current incarnation of the group that tracks such as Bolero, Dawn Song, The Battle Of Glass Tears and Prince Rupert's Lament made their very first appearance on the KC setlist. Lizard’s grandiose aggregate of clashing styles, whirling free-form improvisations, soaring classical themes and dramatic showcases and showdowns makes this an extraordinary album even by King Crimson’s standards.

And it wasn’t just the music that stood out either. The album’s striking cover was executed by Gini Barris, the aged just 19. As Julie Felix’s housekeeper at the time, the connection to Crimson came through Julie’s managers, David Enthoven and John Gaydon. Commissioned by Peter Sinfield, and with only a set of lyrics to work with, over three months Barris seeded her beautiful illuminated lettering design with all kinds of commentaries and allusions upon the world suggested by the lyrics. 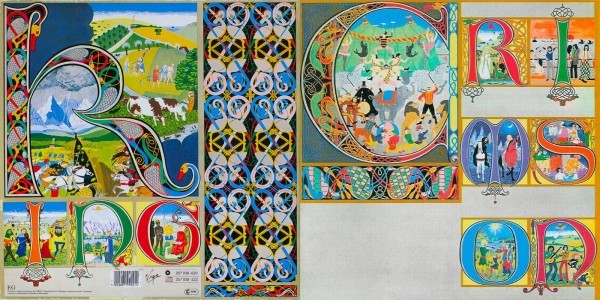 Recorded in September and October 1970 it featured a guest performance from Yes vocalist Jon Anderson. He had been approached by Greg Lake earlier in the year who had relayed Fripp’s interest in having the singer record with Crimson. “I said OK and gave him my number and then about three months later Bob rang me up and said I’m going to record next month,” Anderson remembers. He had no idea what he was going to sing until he turned up at Wessex, and then couldn’t help but smile when he saw the title. “Prince Rupert was the name of a train that would go past our school every Wednesday and I thought it’s so bizarre that he wrote this song which I sang and it had that kind of connection. Afterward, I told Bob that story, and you know Bob Fripp, he just said ‘Oh. Thank you, Jon. Bye.’” laughs Anderson.

During the making of Lizard Fripp and Sinfield’s partnership began to slowly break apart. New recruits, Gordon Haskell and drummer Andy McCulloch also found the recording a stressful experience. These unsettling elements, coupled with technical problems encountered at Wessex Studios, made its recording something of a fraught affair. Nevertheless, a complex tapestry of songs and audacious instrumental firepower was somehow marshaled and assembled together in an original and distinctive manner that separated Crimson from the crowd. If its predecessor, In The Wake Of Poseidon, adopted a holding pattern, Lizard represents a radically different re-imagining of what King Crimson could be and saw Fripp as composer, finally emerging completely out from under the shadows cast by the original line-up. Melody Maker’s Richard Williams praised Crimson for grasping “the concept that rock can be built on a scale to rival classical music”, whilst the Evening Standard offered the somewhat back-handed but inadvertently accurate compliment “The abyss where modern jazz and rock meet.” 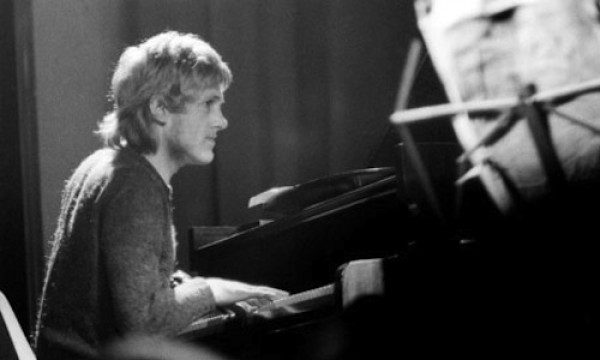 Fripp’s desire to traverse that abyss and his commitment to finding a freer rock and jazz vocabulary to could be measured by the increased involvement of Keith Tippett in Crimson recordings. Having made no secret of his admiration of Tippett’s music, Fripp formally asked the pianist, along with his wife, Julie Tippetts (nee Driscoll) to not only join the band on a permanent basis but become an equal partner in determining musical direction. "The terms would have been that I would have had musical input. He knew that I was a strong musical personality and I would have gone in and possibly taken it all in another way with his blessing because we would have been joint bandleaders," recalls Tippett. Though tempted the pianist declined. "I hadn’t long been in London and I’d left Bristol realising that I had to go to London to play with musicians who were more experienced than myself to learn quickly — apart from that I had too much love for the sextet and it would have taken me away from the jazz scene”. 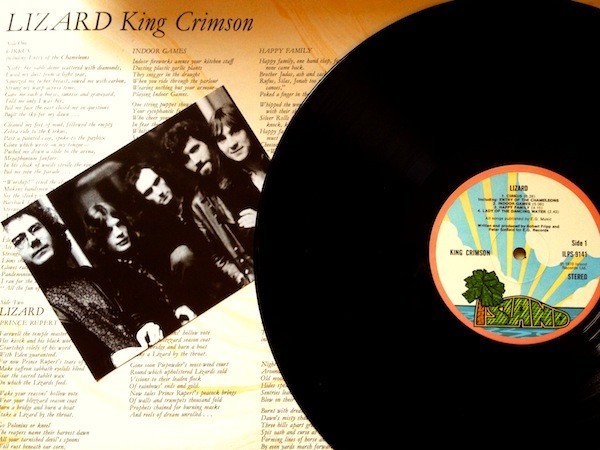 Fripp harnessed two other members of Tippett’s sextet, cornet player, Mark Charig and trombonist Nick Evans, who recalls he and Charig spent two evenings in a booth at Wessex overdubbing on top of Haskell and McCulloch’s basic tracks.  “Our parts were added in small sections, maybe four or eight bars at a time and after each snippet was recorded it was checked carefully in the producer's box to make sure it was exactly what Bob Fripp wanted. It took quite a time to get all my sections down on tape. During that period of my life I was working with jazz musicians who were very keen on accepting the first take of any recording.  You know, ‘capture the moment and maintain its spontaneity as much as possible’. This is NOT the way pop bands operate and I found the stop-start method of working a little unnerving,” says Evans.

The album also featured the considerable talents of oboist Robin Miller. For one of his Monday selections, DGM engineer Alex Mundy opened up one of the tracks via the session reels, providing us with an up-close glimpse into the making of King Crimson’s Lizard. Working on Dawn Song, we can hear Fripp on electric piano, talking to Robin Miller who provides the Cor Anglais here. Miller recalled that Fripp was always interested in the length and purity of the notes he produced. With such close micing we can hear Miller take his breaths which adds to the sense of being in the room with them. Miller, who can also be heard talking with Fripp about the ending, sustains the final note for 16 seconds. The clock-winding Fripp can be heard referring to is of course is the Wessex Studios metronome - the same one used and heard on The Devil’s Triangle from In The Wake Of Poseidon. Like all the other scaffolding put up as the tracks were being built, it was removed when the finished piece was ready to be unveiled. 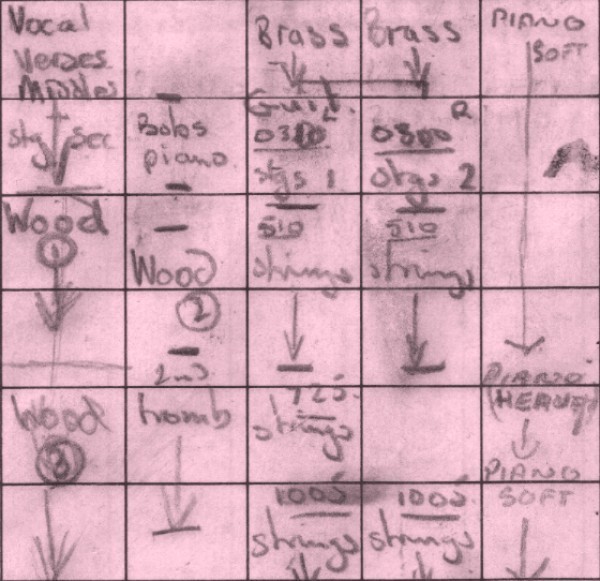 By the time of its release in December, Haskell and McCulloch had quit leaving Fripp, Sinfield and Mel Collins to pick up the pieces. Not for the first time, Crimson had managed to snatch defeat of sorts from the jaws of victory. While the music excited passionate opinions both for and against over the intervening decades, it was not until Steven Wilson’s remix in 2009 that Fripp was finally reconciled with the album he had created in 1970.  “For the first time I have heard the Music in the music” he noted.

Steven Wilson has a high opinion of the record. “For me, Lizard has always been an album that was too big for stereo to contain. I’ve always felt that if presented in the right way, I could make a case for this being the most experimental rock record ever made. It’s extraordinary what they’re doing on this album. In terms of fusing free-jazz with progressive rock for me, there’s almost no parallel.”

Looking back, Andy McCulloch offers this overview. “Most bands have one or two songs in them and what we do is we regurgitate another form of that song. Whereas Bob was very often going off into stuff that was a completely new world, you know? It takes a lot of talent and courage to do that. People normally play safe...He’d go off and do anything that would push himself.”

All the recordings undertaken during the making of Lizard are now available to download.

The recordings are presented exactly as they appear on the original multitracks, engineered by Robin Thompson, was largely created in the studio and featured numerous overdubs, many of which were not used on the final album.

The raw tapes offer many different and revealing perspectives on the making of King Crimson's third studio album.

All the original studio sessions from 1970 are being made available by download in 2020 to satisfy recent changes to copyright laws: All recordings must be released within the fiftieth year of their recording in order to continue to enjoy copyright protection. 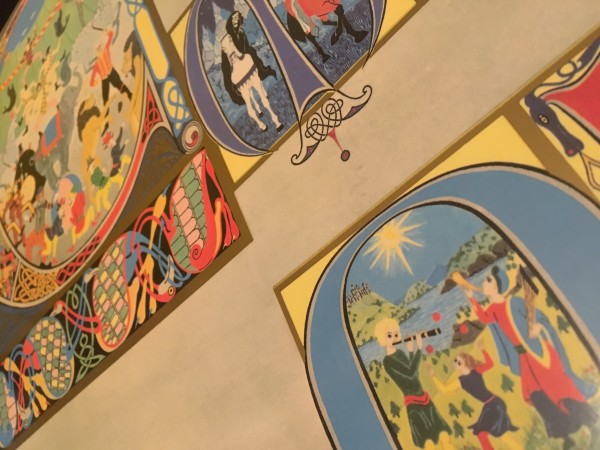 Lady of the Dancing Water