54 years ago on this day there was much excitement in the camp of the as-yet-unnamed King Crimson.  Why so?  Greg, Bob, Mike, and Ian started their very first rehearsal in the basement of the Fulham Palace Road Café.  The venue had been found by Pete Sinfield, who turned up on the 13th with fellow KC roadie (and later tour manager) Dick Fraser at Ian McDonald’s place to collect Mike’s drums.  After that Dick, Pete, Bob, and Greg returned to Ian’s to haul the Mellotron off to its new subterranean home and get their first rehearsal in their new space underway.

At the time cover versions of Lucy In The Sky With Diamonds and Joni Mitchell’s Michael From Mountains made up part of the setlist. Amongst the original material that was being tried out by the quartet were Michael Giles Tomorrow’s People, Fripp’s Drop In, and Greg Lake’s song, Lucky Man. 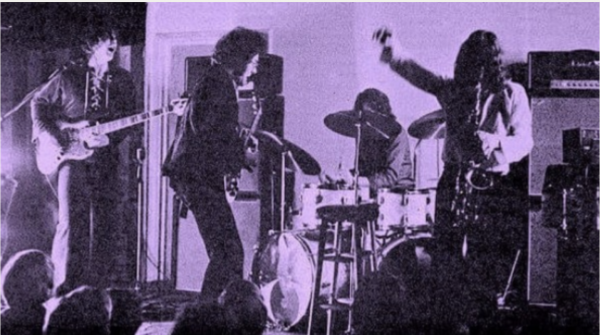 Situated at 193 Fulham Palace Road, W6, the cafe basement would be King Crimson's base of operations for the next two and a half years. In the weeks that followed that first blow on this date, all kinds of visitors made their way to this unassuming location including David Enthoven and John Gaydon, who immediately struck up a partnership with the group.

Muff Winwood from Island Records also trekked down those stairs at the behest of Enthoven and Gaydon but was unimpressed, remarking that King Crimson reminded him of The Tremeloes. More impressed, however, were various members of The Moody Blues who were keen to sign King Crimson to their Threshold record label.

The basement space was King Crimson’s HQ throughout 1969 and during the period that saw the creation of In The Wake Of Poseidon, Lizard, and Islands.

Although they vacated the space in the autumn of 1971 cafe owners, Peter and George Calatychos, continued to rent the space out to bands. Fripp returned to the venue in the summer of 1972 to listen to a band called Waves who were rehearsing there and whose lineup included violinist David Cross.

It’s not known when the cafe changed hands but it's still operating today although the space is no longer used for rehearsing bands. 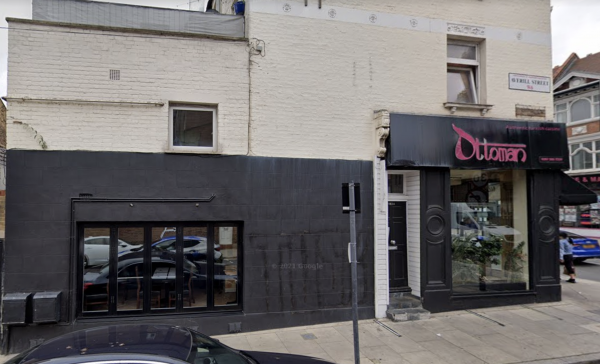