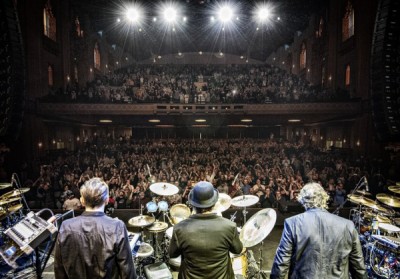 There's a couple of reviews of King Crimson's recent gigs... 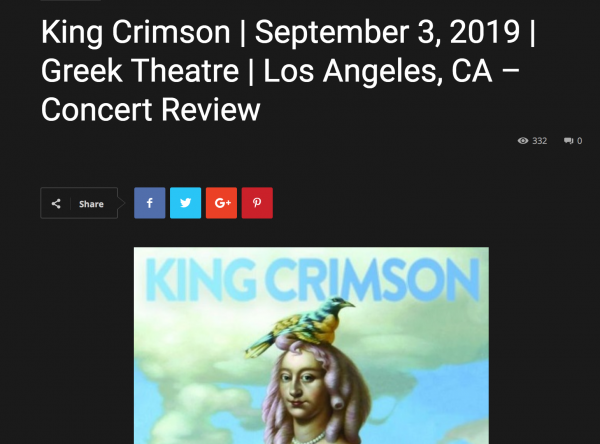 The members of King Crimson stood and bowed. As if on cue, Levin pulled out his camera and lined up a shot. Immediately, everyone raised up their phone, including yours truly, and tapped away. Not exactly a live action shot, but a nice token nonetheless. And there was Robert Fripp, the man who instituted the no-photo policy, snapping away with a camera of his own. The irony wasn’t lost on anyone, least of all Fripp, the last man to leave the stage as a surge of applause erupted. He has made it his life’s work to remain as capricious and compelled to sudden shifts in direction as possible. Only now he seems to be having more fun doing it. 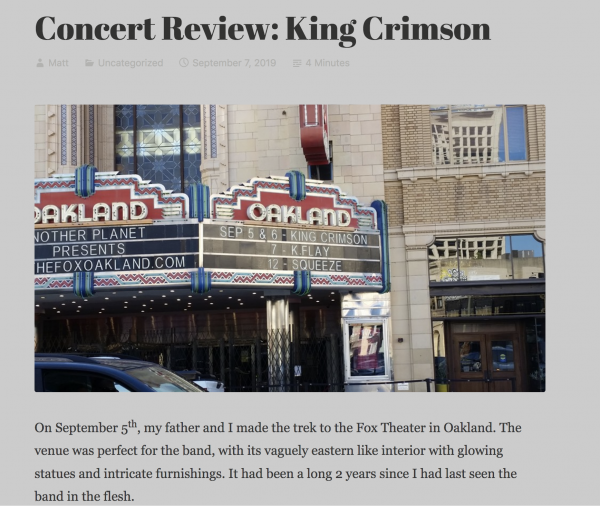 The opening bells of “Larks Tongues In Aspics Part I” sent the crowd into a frenzy as one by one the band members joined the fray with Tony Levin, Jakko Jakszyk and Robert Fripp trading licks over the drum beats of Pat Mastelotto, Jeremy Stacey and Gavin Harrison and saxophone work of Mel Collins. Mel in particular was in a humorous mood as strains of The Champs – “Tequila” came through during his solo in LTIA I to the audience’s praise and applause. This small action set the mood for the entire show, as the band pushed their boundaries and spread their wings to the approval of the crowd.