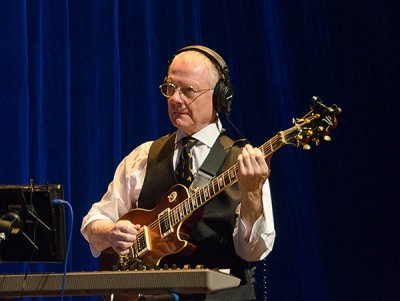 sleevenotes to Frame by Frame: The Essential King Crimson (1992)

The aim in presenting live performance is to reflect the spirit of the group in a moment of its appearance. Live recording is not a precise art. But then, neither is recording.

Any mix presents a particular worldview. We are not neutral, nor purely responsive, nor can we quite direct the action: all three come together. The aim is to be true to the musical event in its moment.

The live performance of music is in its nature ephemeral. Our experience of what is, on the surface, a relatively brief event may resonate in our lives to profound and continuing effect. Simply put, music can reach over and change our lives    directly and immediately. Our experiencing takes place in sequential time, but is not always governed    by it.

Live performance is as available to the innocent audient as they are available to enter, embrace and participate in a moment that is on the wing; and then kiss it goodbye.

We can’t film it, we can’t photograph it, we can’t record it. So here’s the viddy and triple album of King Crimson live in 2015, mostly in Takamatsu.

Radical Action To Unseat The Hold Of Monkey Mind

Just beneath the surface of our perceptions lie riches: freely available, willing, wishing to be seen and     accepted.