Rising at Pub Accommodations Acceptable and packing. To morning reading in the dining area. For the first time on this visit, not a quiet experience.

Collecting the car, loading and setting off to Studio Jakko c. 10.45. Our first three days this week we were addressing additions to King Crimson performance repertoire for live work in 2015. Two repertoire pieces and new material...

Radical Action To Unseat The Hold Of Monkey Mind;
Meltdown;
Suitable Grounds For The Blues.

Radical Action ​is an instrumental 12/8 blues shuffle on C7, F7 and G7. It is about as far from sounding like a three-chord blues shuffle as, on this particular morning, I can conceive without investing. And were this information not presented for the consideration of anyone with some interest in the mechanics of King Crimson music, I doubt whether this conclusion would be reached; however much time, energy and analysis were involved. The KC Minefield is built in, to encourage the attention of anyone playing the piece and dissuade a slumberingness of wit. Little KC material repeats exactly, while often sounding as if it does.

Meltdown ​and ​Suitable Grounds For The Blues ​both have vocals. ​SGFTB ​is a blues, but of the Crimson variety. That is, not in 4/4 and sometimes with blues changes. 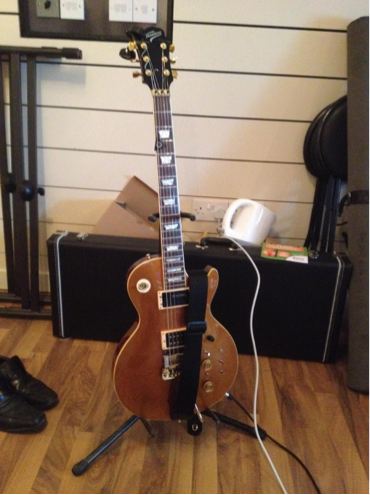 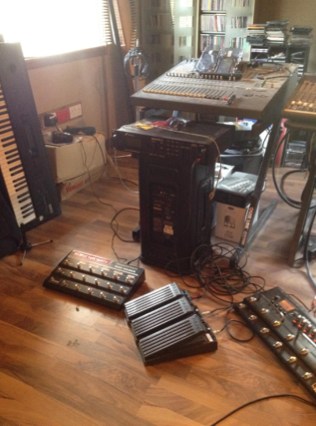 Yesterday and today we are mixing various pieces from the 2014 US touring... 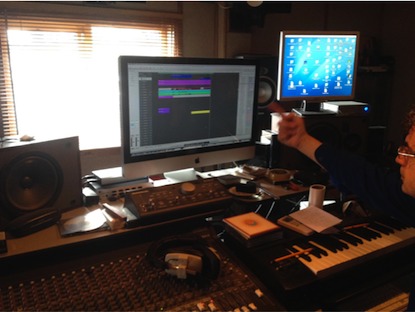 The amount of work involved in this is collossus maximare est, with much of the gruntwork heroically taken on by Jakko. We are several tracks into fine-tuning what will, on completion, represent one complete KC performance, drawn from all the shows. A DGM / Panegyric Wonder Release.

Parallel with our work here, The Drumsons have been rehearsing at Studio Gavin. I am off in a little while to collect Mr. Bill and carry us back to Bredonborough.

And a call from Toyah at The Tivoli in Wimborne where she is performing tonight.