Hotel Professionally Acceptable – It Is Still Being Refurbished But The Strimmer Is Louder Than The Drilling And Hammering! - Tring. 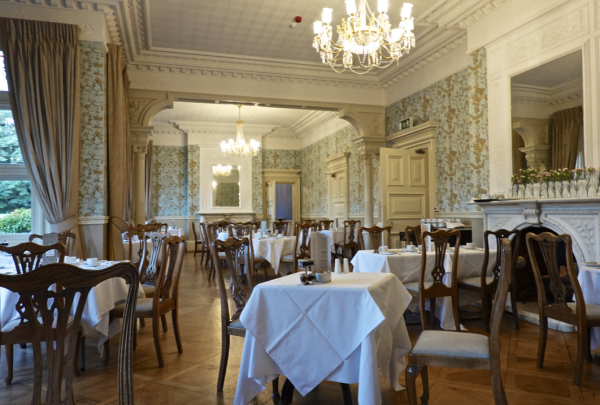 Rising 07.15 and down to the breakfasting trough. Simpering “soft” or “lounge jazz” is the hotel’s noise pollution of choice. Inoffensive, reminiscent of the real thing, without quite getting there. Something like taking a limp dick to the party. My own choice of in-ear listening: a variety of British string concerti.

Eric Frederick Jensen (2014): Debussy lived long enough to experience fame, and his response to it was mixed. He welcomed it for the income it provided, although there was never enough for him to live without debt. But he resented the intrusions into his private life that accompanied it. And he disliked being well known and categorized—as an “Impressionist,” for example.

He was suspicious, too, of strict demarcations between “popular” and “classical” music. Since he made a point of turning his back on much of the recent tradition in Western classical music, he probably would have resented being viewed solely as a “classical” composer in the sense that we use the term today. At the same time he was wary of being “popular”—whether as a composer of “popular” music or as a popular “classical” composer. To Debussy, popularity was usually the consequence of pandering to public taste. He was proud of what he perceived of as his indebtedness to no one and, especially at the outset of his career, was convinced his music would be little appreciated by the masses.

On the CrimBus and leaving the rehearsal zone at noon. 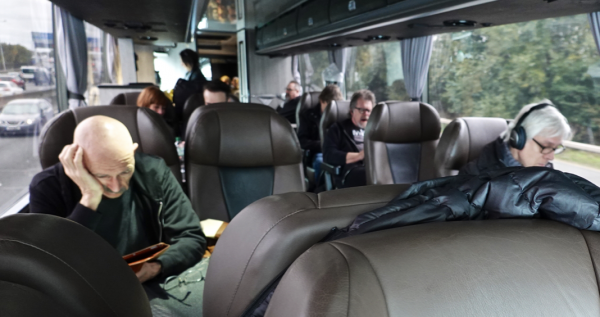 Arriving c. 15.15. Formerly a five-star hotel in the 1960s, the posh place to stay in town. I once played a Saturday night here with the hotel band, c. 1964. Currently rather tired and unwelcoming as if the owner/s don’t care… Britannia Hotels, was founded in 1976 with the purchase of the Britannia Country House Hotel in Didsbury, Manchester. Its Chief Executive, founder, and largest shareholder remains Alex Langsam. Langsam is a non-domiciled taxpayer, registered as living in Austria for tax-purposes since 1999.[2] His net personal worth was valued at £90 million in 2013 by The Sunday Times.[3] https://en.wikipedia.org/wiki/Britannia_Hotels. 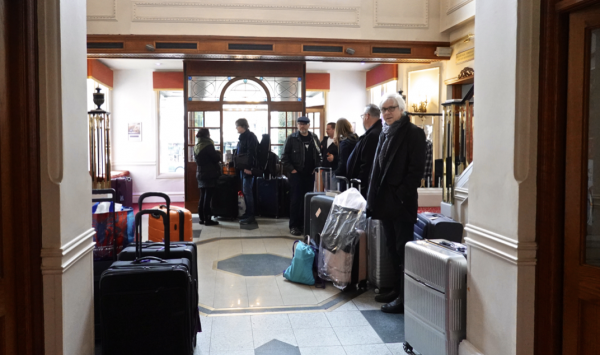 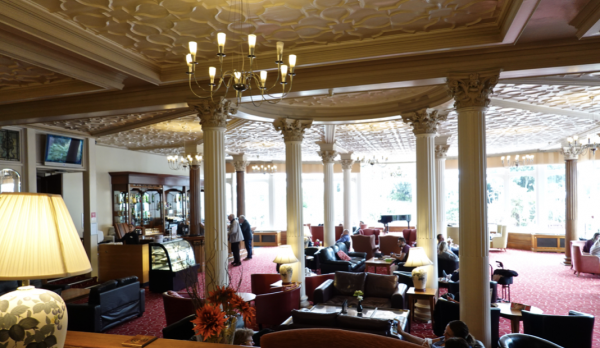 A walk down Westover Road, back to unpacking. A call from Toyah – yippee! Buffet supper in the hotel… 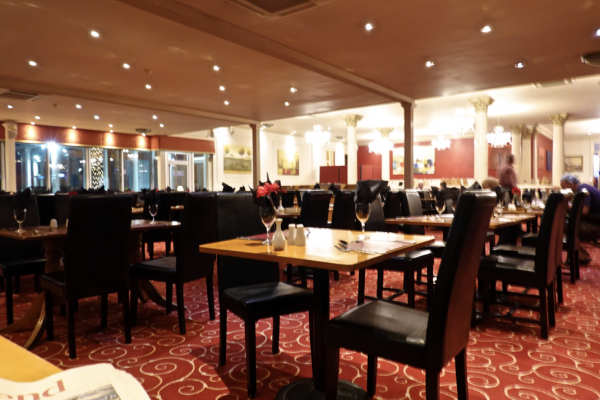 … and to the room for practising. Now to gentle.