DGM HQ Rising at The 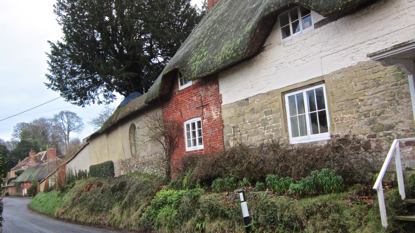 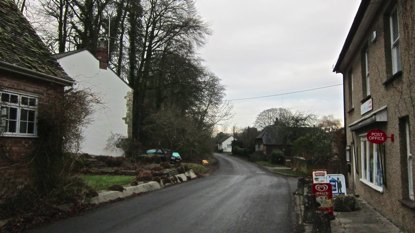 ... where David and Mr. Stormy have loaded Vicar books for collection and delivery I… 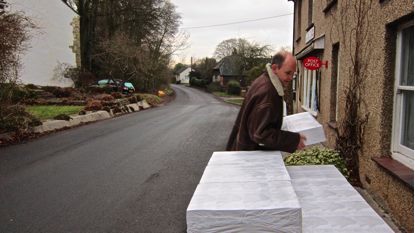 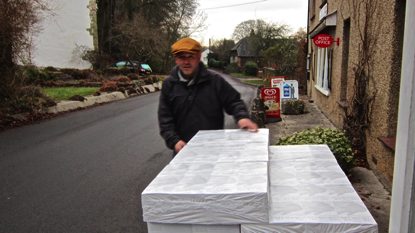 Snow is specking, but not substantially so.

Morning reading and onto stuff.

Robert Fripp Leaked Bowie Secret...
(Classic Rock) Everyone who was asked to be involved in David Bowie’s comeback album The Next Day kept the project a secret except Robert Fripp, says producer Tony Visconti.

The King Crimson mastermind, who collaborated with Bowie in the late 1970s, decided not to take part in the new recording sessions, then wrote about it online.

But Visconti says the move didn’t blow the secret because no one took Fripp seriously. Visconti tells Rolling Stone, "Robert Fripp was asked to play on it. He didn’t want to do it and then wrote on his blog that he was asked.
"It was a little flurry for a few days but everyone said, ’How could that be true? We haven’t heard it from anyone else.’

The Inside Story of how David Bowie made The Next Day

Even with security so strict that when Earl Slick turned up to work on the album last July, not even his own roadie was allowed in the studio – "I told him to pick me up Tuesday at 1pm and drop me off at the studio, but I said, they got guys to haul the gear in at the studio, you just sit in the truck" – Visconti seems astonished than no one found out. "The evidence was there, but no one put all the pieces together. He was photographed near the studio. Over a year ago, he asked Robert Fripp to play on the album and Robert Fripp put it on his blog, something like ’David Bowie’s asked me to play on his album but I’m too busy’, and no one believed it! If someone was actually monitoring all these leaks, they could have put it together."

I haven’t spoken to David for quite a while, and I wasn’t approached for the new album. Not sure whether Tony thought I had been, but nothing ever came to me.

If I was asked to take part in this totally excellent project, who asked? Had I had been invited, in my current non-performance mode, it would have been a very hard choice.

My association with David and Tony has provided highlights of my life, not only my musical life. Lots of laughs and great music.
I would regret if anything negative, completely invented, were to query the reality.

In the creative world, when someone begins thinking, other people sometimes “hear” what’s going on. My NightWorld, or dreaming-life adventures, often involve those with whom I have been creatively involved. David, Eno, a lot Crimson characters, all contribute to my NightWorld. Who knows, on the subconscious – Unconscious levels, what gets “overheard”?


Saturday 15th. October, 2011; 09.15
Bredonborough.  Rising from traveling adventures, in ‘planes and cars. Dropping off along to way to visit David Bowie, and it gradually appeared that David had some remarkable new ideas in process, not yet public. These he presented indirectly, to allow the penny to drop without prompting. Eno also got involved, and what a flowering of ideas!

Guardian Comments section…
Fripp claims he has stopped touring and, pretty much, recording, because he’s spent the last three years in a legal fight with Universal. I don’t imagine he did that happily, more because he felt Universal couldn’t be allowed to get away with what they were doing - selling downloads of his work (which they thought they had acquired when they bought Sanctuary) without his permission or the contractual right. His ongoing efforts to cut the music "industry" down to size are admirable. Shame he nearly blew the gaff on Bowie’s secret though - poor form.

Agreed: it would have been very poor form.

… where Summers and Fripp’s recording sessions for Bewitched are being filmed (1984). UMG has not paid royalties on the two F&S albums for twenty years. This is one of our grievances with Universal, the largest music company in the world…
Fart For Your Rights (Second Wind)

We fart in their particular direction.

my only concern is that nothing negative attaches to tony v. or the new DB album.

not angry at all.
i'm a great admirer of tony, had piles of laughs with him, and know there's nothing mischievous involved at all.

had i been invited on the album, i would have had to seriously re-consider my non-public status.

yes, in a dream. as in today's DGM Diary.
both bowie (and eno) is/are exceptionally sharp, creative characters that read the zeitgeist.
things happen around them that defeat rationality.

i am keen that nothing negative gets into the air over this. mistakes happen, they're corrected. not a prob at all.
no-one is hurt, i'm not upset, just keen for clarity. my respect for Messrs. B & V continues undiminished, untarnished.
the album is out there. fab!

and UMG hold no good memories for me.

the UMG quote in the LH-T (Financail Times Weekend) interview was offensive, and typified our dealings with them...
this is an old matter. we are working with robert to resolve it...
nonsense. this is not an old matter, but a current matter that has been continuing for 5 years.
they are not working with us at all, they hired an expensive lawyer to block us, and he has refused to give us the information we need to find a resolution. his line is: i am not prepared to litigate by e-mail.
ie i'm not going to give you the information you specify because if i do it'll show what we did wrong.
as Sanctuary is on the market, part of the divestment post-UMG's acquisition of EMI, UMG will not be settling at all, but selling with the dispute included.
that will leave 20 years of unpaid royalties on 2 Summers & Fripp albums unresolved and remaining at UMG.
and all the other problems with the new owner.

16.55 Paper. Horror. Close to enough. To clear the desk and set off. Weather forecasts suggest a plenitude of snow arriving tonight.

I leave the DGM ArtWorld I… 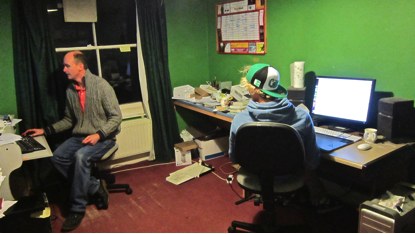 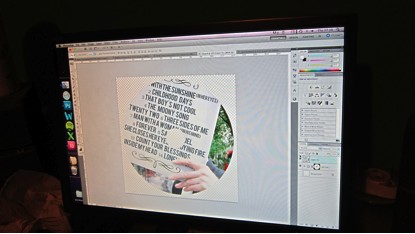 Briefly visiting Mr. Romain in Wilton, at The Emporium.

A little specking of snow, but nothing substantial yet. 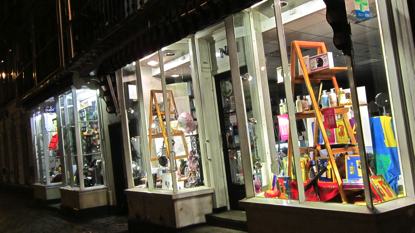 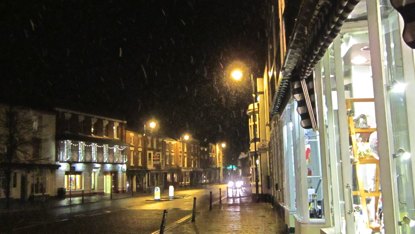 Bredonborough Rising from a busy