A call to Adrian at Chateau Belewbeloid: Because we have different opinions, doesn’t mean I can’t still be an Adrian Belew fan. Then, how much I loved Ade and Stewart’s guerrilla pop-up Gizmodrome performances in NYC. Two exceptional players, with long pedigree, having fun. Wonderful!

And onto discussing various current arisings. My own with-benefit-of-hindsight: after sending Ade the e-mail in 2013, to have called afterwards rather than wait for Ade to get in touch. That is, to take the initiative, as with this telephone call. (There is no mistake, save one: the failure to learn from a mistake).

Adrian presented his own views, and I asked Adrian if he were prepared to be KC’s Ninth Man. Happily, Ade agreed (which makes David Singleton Tenth Man). The status of Full Band + 1 role is, continuing on in the Crimson family while not on active service. T Lev held the Fifth Man status between 1999 and 2003.

Robert Fripp Very happy to report that i have just spoken to Brother Belew and addressed various issues beginning with B and D. Ade and me have pledged to continue a convention of pumping down monster margaritas, both in Mount Juliet and here in Bredonborough, where Slinky Toes Willcox makes a mean margarita herself. Adrian has also agreed to be King Crimson's Ninth Man. Who knows what the future holds for this strange outfit?

A note on the construction of Monster Margaritas: Mr. He-Would-Like-To-Trumpet kindly sent us a lime-squeezer… 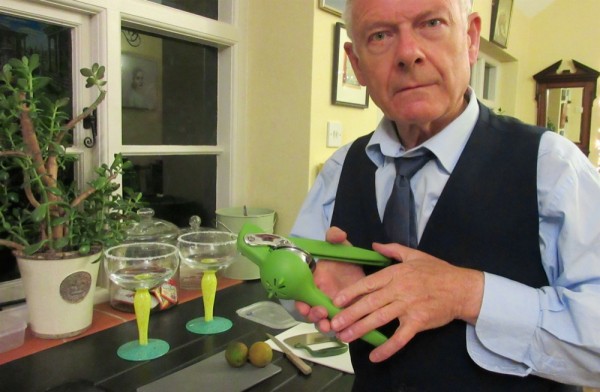 … to replace the formerly-employed pliers. Not sure the squeezer is functionally more efficient than pliers, but I persist. And the colour is more… lime green. 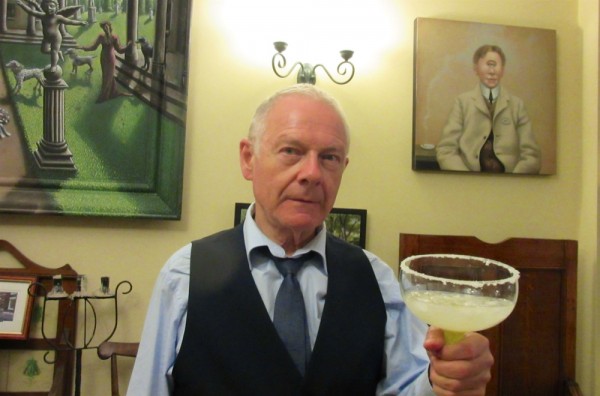 Have just toasted Brother Ade at a distance with a Slinky Toes' Monster Margarita. There are no current plans for Adrian to come out with the current formation; but in Crimson's strange history there is a tendency for things to come around. So, Adrian has rejoined the larger family - hooray! - and doors to the future are open. So, no plans, but who knows what the future holds?