Waking c. 01.38 and unable to go back to sleep for two or three hours. John was very much on my mind, having spoken to Lisa yesterday afternoon and who continued to keep me up to date. Thank you.

Rising at 09.00, from a NightWorld series of adventures from I’m not sure where, to an e-mail from Lisa Wetton sent at 08.49: John… died very peacefully, without pain. Gratitude for this. Martin Darvill, John’s manager for the past twelve years, was also in touch and we spoke: John flew away at 05.25.

John was a pal over almost forty-two years, beginning at Bournemouth College in 1965, two teenage students and local gigsters. We continued in touch during our early professional lives in London, speaking from time to time, before John joined King Crimson in 1972-74 with David Cross, Jamie Muir and Billy B. JW was, for me, the leading bass player of his generation, a player of international class, before John moved increasingly to the front as singer and songwriter: Asia’s debut album was the world’s biggest seller in 1982. We continued as chums, working together when John lived in LA in 1992; and increasingly met for coffee and cakes after John moved back to Bournemouth in the Noughties.

During the past decade, JW became a hero of mine, courageous and exemplary in dealing and speaking frankly of his alcoholism http://www.classicrockrevisited.com/show_interview.php?id=153. Visiting John during not-so-good times, and then good times, we became closer than in the three previous decades; John’s conversation was wonderfully clear, honest, positive, encouraging. And then Lisa. Hooray! to whom thank you for making my friend a happy man.

on a coach driving from east berlin to prague;
and listening to Fallen Angel with your smoky vocal and bass of beastliness!

these young characters delivered something here, i think.
i don't have much in the way of happy memories from the first 45 years of KC;
but quite a lot in the way of satisfaction.
it was too hard, too pressured, too much all the time for me.

but there is a certain-something i feel for our time together in 1973-74 that isn't quite nostalgia;
and you are probably the only person i can now discuss it with.

and on we go, and hoping to have a Christmas visit with you upon the completion of touring this december.

meanwhile, i love you!

very much looking forward to seeing you in December. In fact, you were crystal clear in a dream of mine last night, so very much at the forefront of my thoughts this morning—strange how psychic connection works.

Travelling always takes the enjoyment out of travelling, I find, particularly on a bus——but Prague is an extraordinary & beautiful city, if a chap can avoid the beer tourists and Hen Night gangs.

JW - well! the boys are out in NightWorld adventures.

here in vienna.
and i dreamt of you last night;
you were suggesting i visit.
this preceding me e-mailing you and wondering whether a visit to you;
on thursday 15 december early afternoon, would be convenient?

v happy to learn that you are home after three weeks away.

That would be perfick, R---yes, I was back in hospital with Sepsis for a few weeks, but have now been home for another 3 weeks… Lisa and I were married on Tuesday, we're both very happy about this, and look forward to seeing you on 15th. I'll check out your KC itinerary, see where my own night adventures might be taking me between now and then!
Love jx

Absolute blast to see you so happy and healthy this afternoon, Roberto.

Let me know when you're next in Darzet. Please send over a couple of selfie shots of the 2/3 of us from your marvellous new camera if you have a moment , and please look after your dear self. Xxxxj 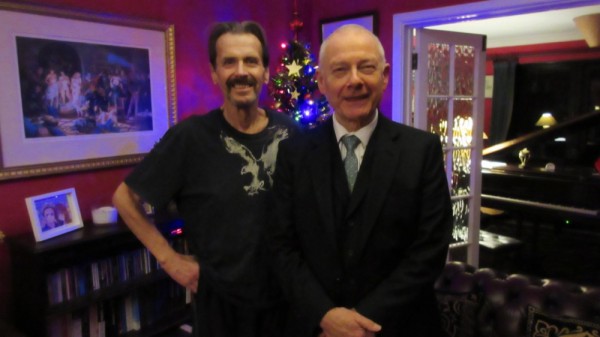 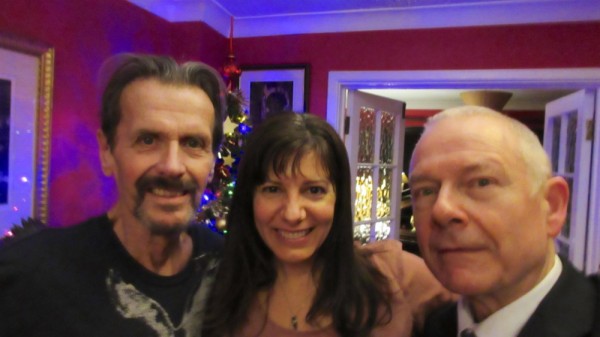 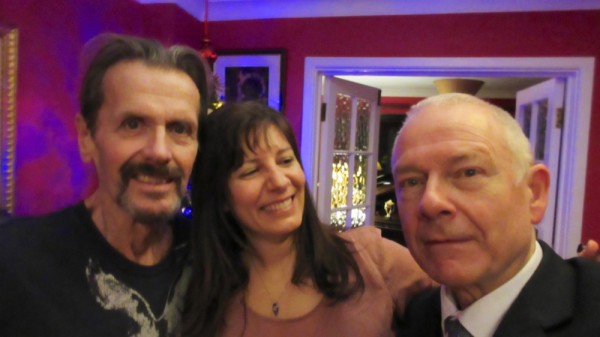 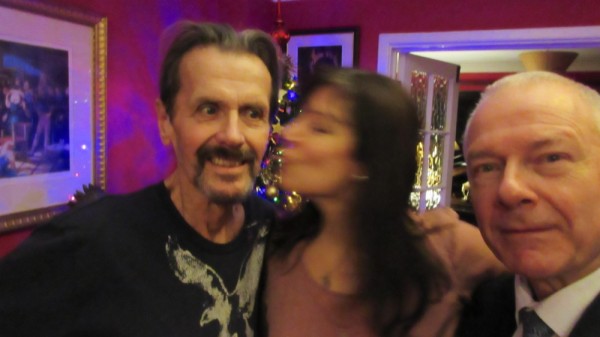 Perhaps during the past twelve months, many good members of The Team have been re-routed, sent to new gigs, new tours and pieces of work, to enable and support the Benevolent Future to increasingly enter our strange and uncertain times?

And on we all go. Excelsior!