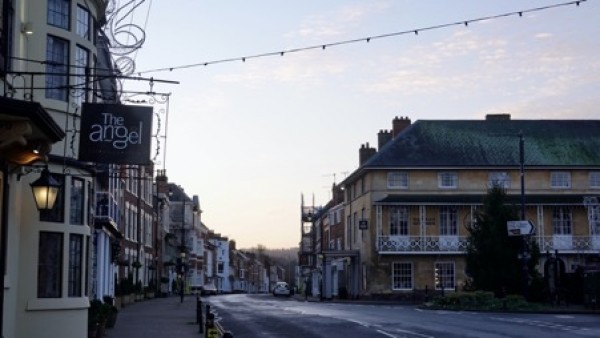 There is a seemingly endless stream of questions coming in, plus a messaged complaint: one poster is disappointed in me because I have not answered their burning questions.

A constant state of disappointment with That Awful Man is an excellent way to go IMO. Why? Because expectations and demands of access to his unwavering attention, however inconsiderate and unreasonable, will eventually be abandoned. And then we can all have easier lives.

Meanwhile, on this cold and sunny morning in Middle England…

RF: It’s very hard to see what we’re looking at, if we believe we already know what we’re seeing.

Kim Cary: How do you push the reset button?

RF: Firstly, why would we want to hit reset and to see things as they actually are? Most likely in response to necessity, external and/or internal.

Secondly, how? What practices may we adopt to make it more likely that our lives come to life? Whatever discipline, or way that speaks / calls to us, is where we begin. On the specific subject of looking, engaging with what we are nominally seeing, the best technique I have experienced is while sitting in a class in front of Henri Bortoft as he guided us through how to look at a flower. The Wholeness of Nature: Goethe's way toward a science of conscious participation in nature (Octagon press 1986) was a major influence on my thinking when it was first published and became Part II of The Wholeness of Nature (Lindisfarne Press, 1996). Filing Henri under The Phenomenology Of Experience rather side-lines the practical application of his work IMO – bummer.

Thirdly, there are different qualities of looking and seeing. Sometimes what we’re looking at comes to life and looks back at us. This falls under the general heading of noticing…

Cf in the religious life, long-term practitioners with icons report moments when the symbol becomes a living engagement with the reality of that which it purports to be.

… has had a wittering-outbreak, on the subject of treatment handed by That Awful Man to interviewer Steve Rosen in 1973 during a Guitar Player interview. The full commentary by Mr. Rosen may be found here…

This is a more fully developed, and coherent, report of an encounter with That Failed And Miserable Creature than many I have read. The Elephant Talk archive http://www.elephant-talk.com/wiki/ETWiki_Home carries further details of horrible encounters by unfortunate innocents who only wanted to say hello and in any case had the right to do so because they had handed over their hard-earned pay (much of which kept management at a higher standard of living than their artists) and while saying hello why not also take a photo and get an autograph to which they also had the right for innumerable good reasons whether consensual or not.

As a generalisation, people who come to me tend to leave with more of what they bring. Those who arrive with attitude tend to leave with more attitude. Those who have a flea in their ear might leave with two. Those arriving with a personal agenda, or who want something from me, seem to experience disappointment. Generous people, reaching out to me with open hearts, have my continuing gratitude. It is a concern, that I am often unable to respond to them in full measure.

There are also times when Fripp has been indefensibly rude, obnoxious and irascible; for which my apologies. We all do the best we can to honour what we see in front of us, to discharge what we feel called to discharge, while living the lives we lead.

Steve Rosen February 8, 2016: After leaving, I felt drained, disillusioned and disappointed. I loved King Crimson and had been anxiously looking forward to talking with Fripp. But he didn’t turn out to be the person I thought he’d be. He was rude and dismissive towards me… My house of words came tumbling down… It wasn’t that he was trying to engage me in a war of words—every time I responded to one of his robotic retorts, he’d challenge me with a confusing splash of ideas and theories—or was even specifically looking to demoralize me.

I had assumed the lifeless sound of his voice and his perfunctory attitude was a personal attack on me. It wasn’t… He remained determined to undermine any comments I made in an assault of verbal volleys.

Robert Fripp was an extremely bright and articulate young man. His reasoning came from somewhere deep within and in fact so deeply inside him were his philosophies unearthed that most of the time I didn’t have a clue what he was talking about. Not a single idea of what he was saying.

James Damato: Robert Fripp can be a tough interview, and often seems to be deliberately obtuse. He'll give answers designed to sabotage expectations, though sometimes those answers seem to be made up on the spot rather than an honest expression of his opinions. Fripp is quickly bored by mundane questions, and seems to be searching for more enlightened discussion -- even in situations where he knows such discussion is not available due to the participants or the forum. Still, Rosen's account in this article is easily one of the most self-absorbed and overly dramatic things I've ever read.

Ian Stubbs: (Steve Rosen’s) problem was expectation. He thought that the interview would go a certain way and when it didn't he couldn't cope with what was presented to him. He couldn't be in the moment and felt he'd lost control, hence his sense of anger. To paraphrase what Fripp had recently posted: he thought he knew what he was looking at already so was not prepared to see it for what else it could be. 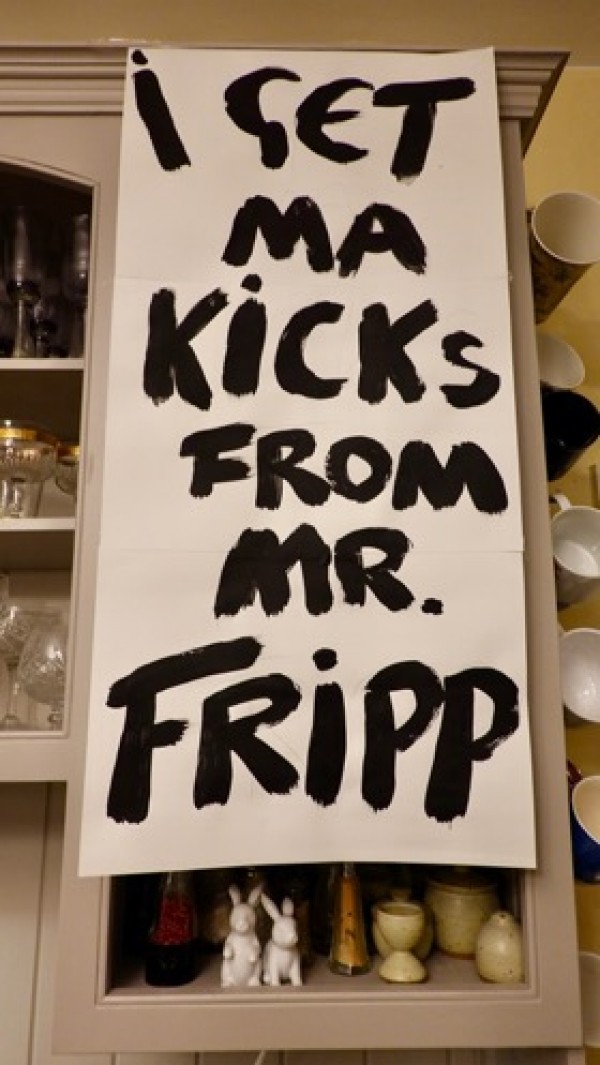