“Davy’s on the road again 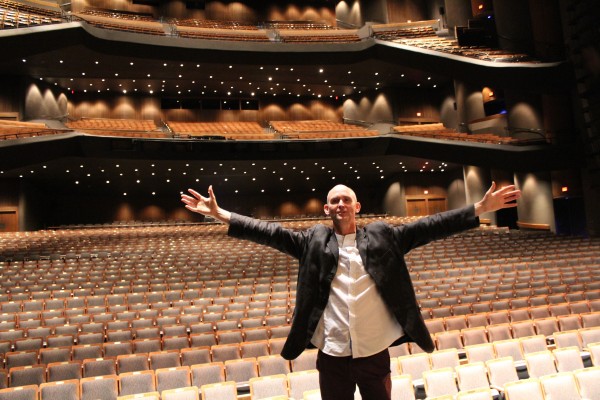 I am currently backstage in Dallas with the strains of Easy Money creeping through the door. Given today’s news that The Donald is about to release the secret files on the shooting of JFK, it is perhaps appropriate that our hotel is less than ten minutes away from the infamous grassy knoll. Even stranger to hear Tony Levin mention in the van that when he performed at the White House for JFK, he had a gun in his pocket! The gun in question was apparently a water pistol. If he had used it perhaps security would have been tighter. Or our esteemed bass player would have locked away never to return. Sliding doors.

The Family and Friends show in Austin was an interesting “liminal event”. Not the same as a full concert. Not the same as a rehearsal. Chris Gibson, who is depping for Bill, has done an astonishing job of learning three hours of music in three weeks. The next thing will be to learn to contribute his fair share of mistakes. On the same bus ride into the venue today, Tony was looking at the score of the THRAK album that Trey Gunn has just published. He opened the first page, stared at the very first transcribed bass note of VROOOM, and remarked “I have been playing the wrong note all this time!” (although one could argue that part of the glory of this band is that there are very few wrong notes if you play them confidently enough). What’s a semitone between friends.

Pictures outside the Family and Friends: 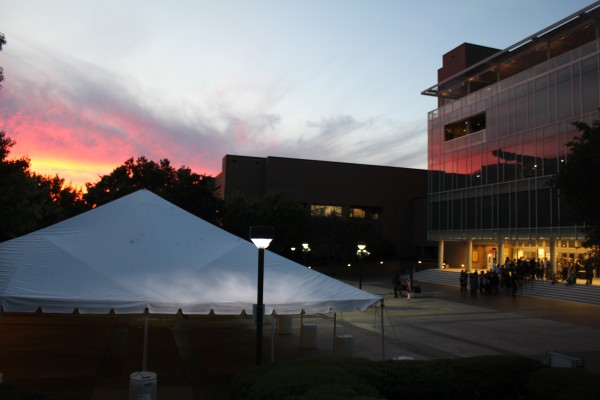 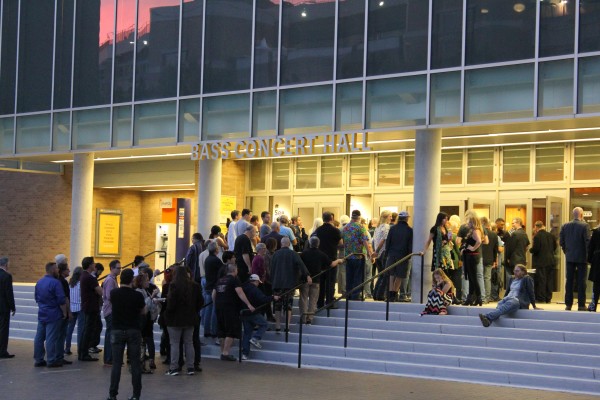 The all new 8 piece in action the following night 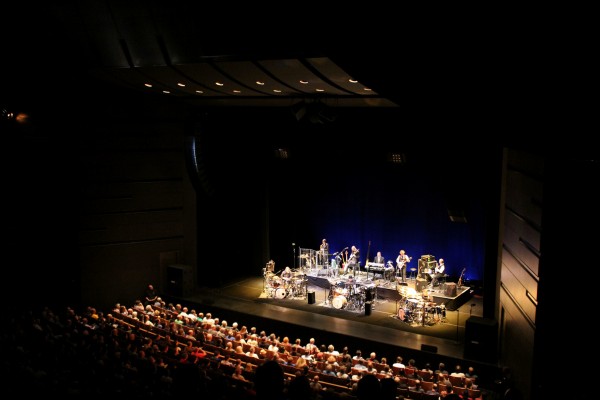 And a "welcome back to Austin" at the close 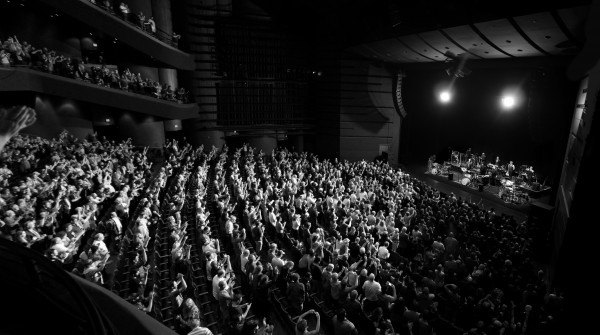