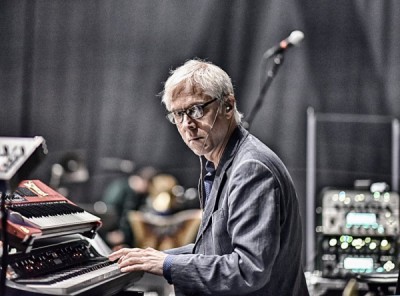 What do you want from Starless? Opinions will differ but here’s the achingly beautiful melody, the yearning vocal, a building tension, and that driving, twisting blowing section all leading into a hair-raising conclusion to help you answer that question. A dramatic version from the first night of the tour proper. 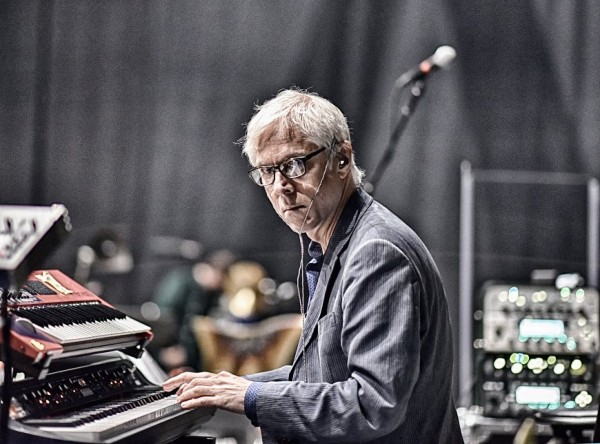 What do you want from Starless? Opinions will differ but here’s the achingly beautiful melody, the yearning vocal, a building tension, and that driving, twisting blowing section all leading into a hair-raising conclusion to help you answer that question. A dramatic version from the first night of the tour proper.

Written by JOSE LUIS FERNANDEZ DE VELASCO GONZALEZ
Is it bad to cry?
Because this song tears my tears away. And this version .. Oh my God, I want more.

Written by Aile
Simply Perfect
This song is simply perfect in every sense ,transfers the emotions so well to the listener. Robert Fripp guitar is brilliant. Please come to Chile! we really want to feel the experience of having King Crimson here !! Cant say much because of my poor english but im glad that the band is doing excellent music as always . 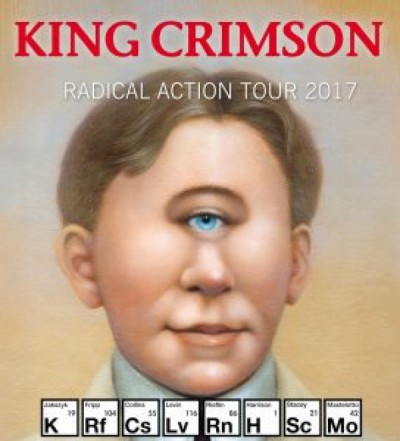 Written by Brian Wilson
Radical Action 2017 Opening Night
Obviously a very different vibe from the F&F show the night before, where the crowd was very present and respectful (but electric). This tour-opening night saw a gathering of a wide variety of audients. Many overly enthusiastic, shall we say. There were a few drunken punters oafing about, and the no-phones rule had to be visibly enforced. But such is the hazard of live performance. Many in attendance were blissfully unaware that some of the music was being given voice for the first time in over 40 years. Spoke with many first-timers that told of being stunned and gobsmacked. The band's energy level was as palpable as that of the house. A more concise set than the night before, each half about 1 hour, then an apx 30 min encore. The fleetness of Fripp's fingers remains undiminished and he was visibly enjoying himself, also dipatching from the mighty mellotron. Jakko continues to impress me greatly with his vocal interpretation and power (as well as instrumentally). Mel is the band's secret weapon, applying taste and chops to every piece. Tony is a rock (but always most pliable). The returning Rieflin contributes much but subtly, giving the whole a better opportunity to do justice to the deep cut classics that have so much going on in them. And the front line is simply incredible... All eyes were again on Gavin with his solo, Pat giving him loud applause. Jeremy is not only an adept drummer with unerring rhythm, but supplies lots of excellent keys and vocals too. And Pat was Mr. "You-Never-Know-What-He-Will-Hit-Next" (which is normal). So all in all, the roar of the 8-Headed Krim is mighty indeed. Looking forward to night three. 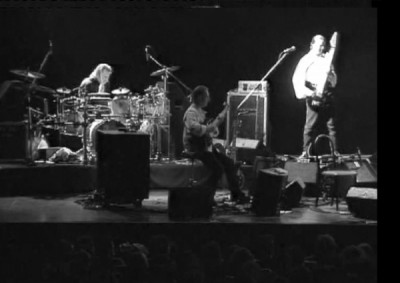